Young Engineers, Now and Into the Future, to Benefit From Wadell Gift 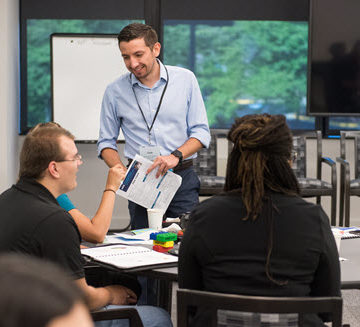 The group was charged with exploring the possibility of creating the Engineering Management Division, and Wadell, at the beginning of his career, got the chance to rub elbows and compare notes with industry stalwarts.

“So, there I was one of four people on the committee and certainly the youngest one,” Wadell remembers, laughing. “All three of the other members were presidents of engineering firms, two of which were among the oldest and largest firms in the U.S. ASCE appointed me as a younger member to seek younger member viewpoints and ideas.”

Later in his 20s he started his own engineering firm, specializing in airports, and the rest – as they say – is history. Five hundred airport projects later, he still hasn’t forgotten those early opportunities for personal growth and leadership development afforded by his ASCE involvement.

“It was my specialization through graduate studies, my professional work experience focused on airports and my leadership experiences that gave me the confidence to start Wadell Engineering Corporation in my 20s, when I had never even heard the term ‘startups,’” Wadell said. “If any one of these three things had not happened, my career would have been much less exciting.”

And it’s with those experiences in mind that he has established the Robert P. Wadell Endowed Fund for Young Professional Leadership and Innovation – $500,000 in seed money to enhance professional development of today’s young civil engineers.

“My main interest is in helping younger members through ASCE,” said Wadell.

To say the fund will help ASCE’s younger members is quite the understatement. Because it’s an endowed fund, it has the potential to grow, create and implement programs for the next century. 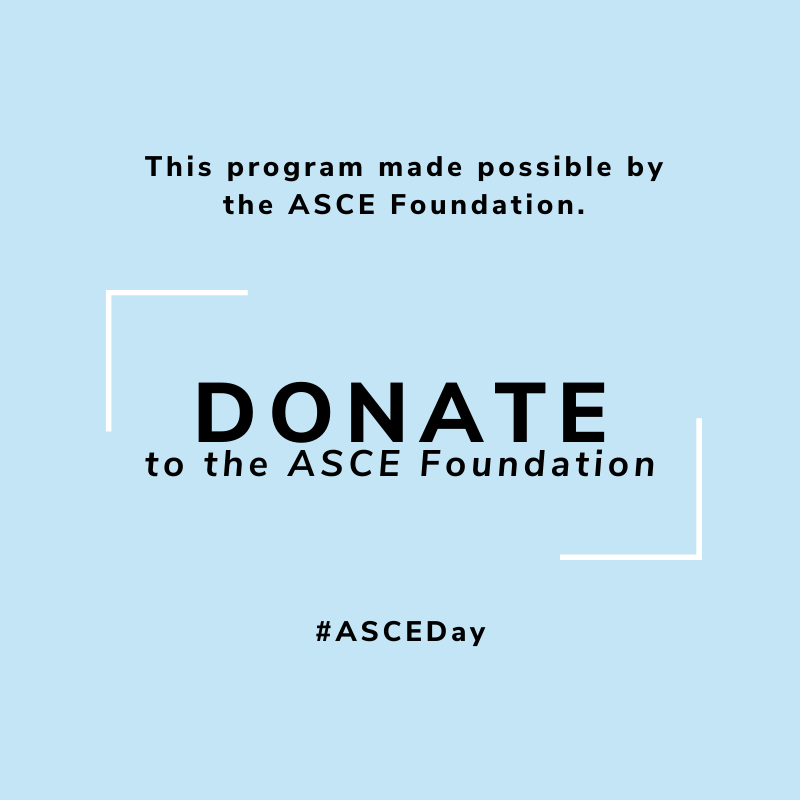 ASCE has a wide range of programs and benefits for younger members, from free, accessible resources at AccessEngineering, to the ASCE iLead suite of leadership training, to events like the Multi-Region Leadership Conferences.

Peyton Gibson, EIT, A.M.ASCE, a civil engineer for the Bureau of Reclamation in Denver, is not even two years into her career but already taking on several leadership roles with ASCE, including work as the Colorado Infrastructure Report Card chair. She particularly loved the Construction Institute Student Days program – one of the several ASCE student competitions – and has remained active in the event since graduation.

“As a student participant, my experience was unforgettable,” Gibson said. “I still keep up with some of the peers I met during my Student Days, even though it’s only a short five days. They continue to be shining stars of the construction industry. One of the truly inspiring things was meeting other bright, young women interested in getting involved in an industry that we are an extreme minority in.”

Meanwhile, Jesse Gormley, P.E., ENV SP, M.ASCE, a project engineer for Pennoni in Philadelphia, followed Wadell’s path onto national-level ASCE committees at a young age, serving as the eastern geographic member of the Committee on Younger Members, while also serving on an advisory council for ASCE’s Future World Vision project. He’s especially benefited from the annual Younger Member Leadership Symposiums, for which he has helped organize and run.

“YMLS taught me, through example and exercise, how to lead,” Gormley said. “Then, through continued engagement, it let me be a leader. And throughout it all, I met dozens of other up-and-coming leaders, many of whom I’m fortunate to call friends, mentors, and colleagues. I couldn’t ask for more.”

This year’s YMLS events are being funded in part by Wadell, who matched contributions made to the ASCE Foundation last fall on Giving Tuesday 2018. Two years ago he made an extraordinary gift to the Foundation, and became a member of the 1852 Society, a prestigious group of the 16 most generous donors in ASCE’s history. He sees it as paying forward the gifts that ASCE gave to him early in his career. So, none of this is new from Wadell, who says his motto is “It is better to give than to keep!” 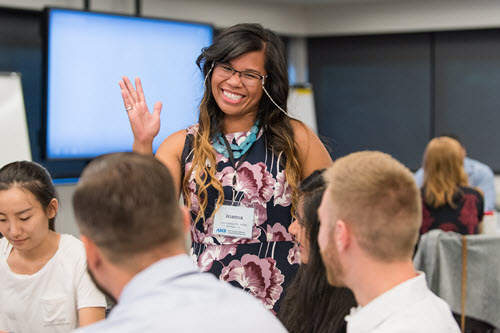 After he graduated from the University of California, Berkeley, he started work as an airport planner and engineer with a consulting firm in the Bay Area. It was just a month later that the president of the ASCE Younger Members Forum of the San Francisco Section of ASCE invited him to lunch.

Wadell’s involvement led to committee chairs in the San Francisco Section YMF and eventually roles as president of the YMF and secretary of the Section. This participation and his interactions with peers and “older members” helped him to develop management and leadership skills not available in his daily professional work.

“This growth and experience was needed and valuable and was made possible because of ASCE’s outreach to younger members,” Wadell said. “Early on, it was all taking on my part. Sure, I contributed time and effort, but I was taking, I was learning. Like a sponge, I was taking everything in, meeting people, learning how to work with people. All that happened when I was a younger member, when I needed it the most.”

Perhaps the most exciting aspect of the gift is that the Robert P. Wadell Endowed Fund for Young Professional Leadership and Innovation is not a one-off donation, but instead has the potential to be a collaborative, ongoing source of education and inspiration for young engineers now and into the future.

“ASCE and the Foundation are delighted and share our enormous appreciation for Bob’s continued support and generosity,” said Tom Smith, ASCE executive director. “The Foundation and Society intend to grow the endowed fund by developing and promoting strategies for growth through matching challenges, individual outreach and other methods.

“I personally look forward to being a donor to the Wadell Endowed Fund.”