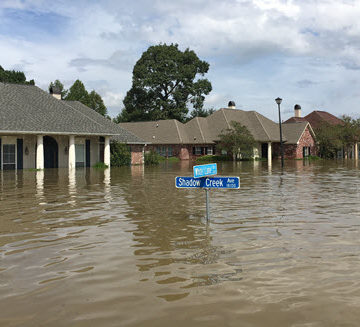 Joey Coco kept returning to the word as he, shaken and exhausted from a weekend of search-and-rescue work, tried to describe the devastation in his hometown of Baton Rouge, LA, after half a year’s worth of rain fell in three days.

Coco, P.E., M.ASCE, is a principal with Forte and Tablada in Baton Rouge. He is a former president of ASCE’s Baton Rouge Branch, the government relations chair for the Louisiana Section, a 2011 recipient of the Edmund Friedman Young Engineer Award, and recent member of the ASCE 24 Flood Resistant Design and Construction Committee.

That is to say he knows more than the average person about flooding, and he felt his responsibility as a civil engineer kick in last week when it became clear that the rain was not stopping.

“The storm system just seemed to stay over our area,” Coco said. “I had seen some of the local bayous increasing in elevation at a very fast rate. I realized real quick there were going to be a lot of people taken by surprise.” 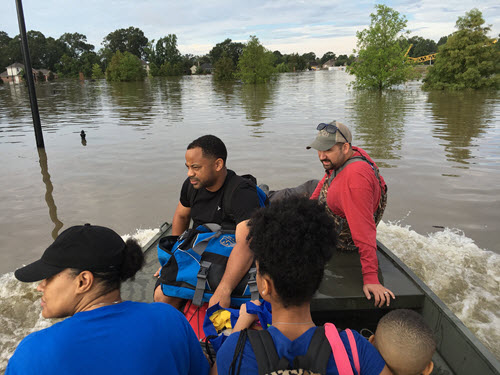 Coco got on Facebook and started posting, warning everyone he could that this was no average storm. It wasn’t even a bad storm. It was a catastrophe in the making of historic proportions.

Coco took his shallow-water boat out last weekend to find people trapped in their homes.

“I launched my boat from the side of the road and literally drove it up to people’s front doors,” Coco said. “They’re standing there. You’ve got women, men, they’re not knowing what’s going on, just scared for their family. You’ve got children. You load them up on the boat and take them to the nearest drop point.” 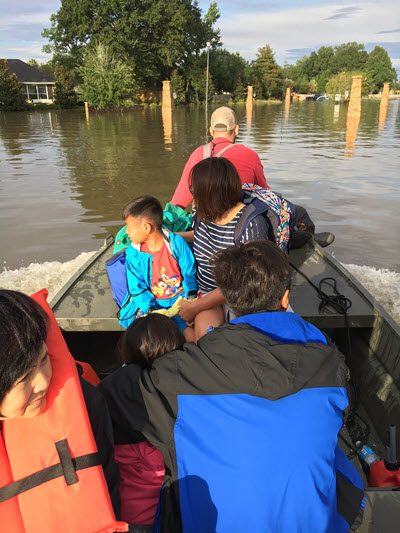 Drawing on expertise to alert those threatened to danger

Coco was especially worried about those who lived outside of the designated flood zone because they probably didn’t think they had anything to worry about at first.

“They had a false sense of security since they were not required to carry flood insurance,” Coco said. “So as engineers, we really have to take the lead and advise people that even if you’re outside of that region, you may not be far enough away from that 100-year-storm region. You might get caught in a 200-year or 400-year event. And that’s what happened here.”

Coco’s home was not damaged – “On a scale of 1 to 10, after you pull somebody into a boat from the front door of their house on a Sunday morning, you come home and realize you’re a 400,” he said. He has been helping friends and family tear out sheetrock from their homes, and plans to up his advocacy work even more to make Baton Rouge more resilient.

“It’s a difficult thing. You almost feel guilty,” Coco said. “As an engineer, you kind of wrestle with that dilemma of ‘What is the best use of my time?’

“My biggest regret of the whole thing was not screaming louder. I realize that made an impact, but I still choke up about whether I did enough.”