Where are the old white men?

The demographics of the nation and ASCE are changing.  While a steady stream of grey-haired or no-haired men still appear prominently throughout the conference agenda, a subtle change is taking place among the attendees.  This became clear to me at the leadership luncheon on Thursday, where I was the only white male sitting at my table.

To my right were two gentlemen who had traveled from Nigeria and Uganda to participate in the society. They have actually been ASCE members for several years and hoped to bring ideas back to their countries for growing the professional organization.  A lively discussion about education advocacy also piqued their interest.  Though they come from the same continent, they expressed real differences between their nations.  I was surprised to learn that Nigeria is actually more densely populated than China.  Meanwhile the gentleman from Uganda told of his struggle to technically educate people from the more remote regions of his country. 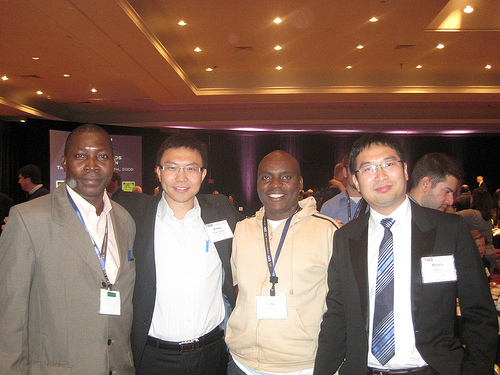 On the other side of the table, there sat two students from the University of British Columbia.  We don’t usually think of Canadians as minorities, but these students actually called China home.  Rounding out the table were three younger members from San Diego, a local engineer and one ASCE staff member – all female.

We all enjoyed a lively conversation and sought out our similarities: the reasons we became engineers, our professional passions and hobbies.  I left with a standing invitation to go snowboarding in Vancouver, surfing in California and hiking in Africa.