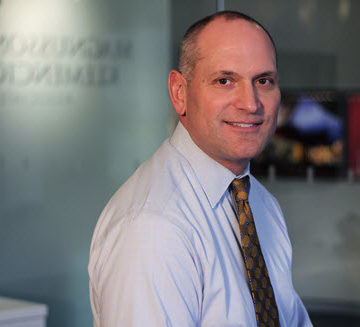 Ron Klemencic is having a good year.

Engineering News-Record named him its 2018 Award of Excellence winner, followed by a cover feature highlighting Klemencic’s remarkable career of innovation and collaboration.

Far from resting on his laurels, though, Klemencic’s relentless drive to push the industry into the future continues. The chairman and CEO of Magnusson Klemencic Associates and director of the Charles Pankow Foundation used the platform of the ENR honor not to talk about himself, but to issue a challenge to the architecture, engineering, and construction industry: dedicate 2 percent of your profits toward research and development.

ASCE News: Let’s start with a snapshot of the industry right now, as you see it.

Ron Klemencic: Civil engineering hasn’t really progressed, while other industries have. The common data point that is reflected upon is the productivity curve, where other industries have made marked advancements, while the construction industry’s actually trending downward. This has been reported in a number of places.

But let’s not dwell on the downside of things.

The upside in what’s happening is there is this combination – a realization among a number of industry leaders that with our success these last 10-or-so years comes an obligation to give back to the industry and make it better, combined with a grassroots insurgence from the new generation of students coming out of school who are very much from the “sharing society,” where information and ideas and collaboration are celebrated as a group and not as individuals.

So that grassroots effort coming up from the new generation along with the realization from the leadership is colliding in the middle, and we’re seeing a lot of progress in industry advancement, and idea generation, and research and development in the public domain. And it’s for the betterment of all, which historically hasn’t really happened. Our industry traditionally has been a cards-to-the-chest, proprietary-information-and-knowledge sort of place. And that, coupled with the fragmentation in the industry, has often made it difficult to get any focus.

But that’s all changing with this new realization, this insurgence, and then our ability to communicate, of course, through social media and internet, and what have you. We’re able to exchange all this information very seamlessly.

ASCE News: It’s exciting to think that this next generation of engineers is predisposed toward collaboration.

Klemencic: Interesting thing on that note – just in the last several years, in my company, as we’re recruiting young recruits out of engineering school, oftentimes a question that they ask is “What about your company’s research program?” Ten or 15 years ago, no one thought to ask that question.

Now it’s a pretty regular question that new graduates are interested in wanting to know – what our company is doing to advance the industry and dream up new things. It’s probably inspired largely by the tech sector, where there is a lot of innovation and a lot of advancement. New engineers want to be inspired and feel like they’re part of making the world a better place. 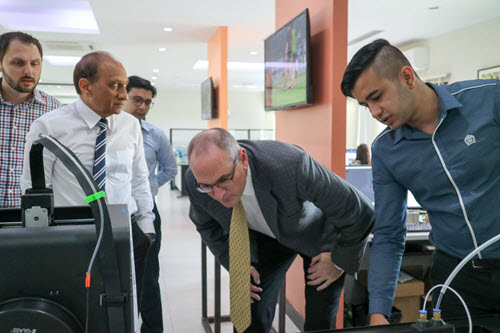 “New engineers want to be inspired and feel like they’re part of making the world a better place.” – Ron Klemencic PHOTO: Asian Institute of Technology

ASCE News: It almost seems as if the industry, in a sense, is finally catching up to you. Those were really the tenets of your career early on, right? Collaboration, research, innovation. Did you come out of college with that mindset or were there lessons learned along the way that reinforced those values with you?

Klemencic: Mostly learned along the way.

For one, during my undergraduate and graduate studies, I didn’t do any research. I did my coursework, of course, and passed my classes, took the tests, got a degree or two. But research wasn’t on my agenda.

For me personally, I’m a hugely competitive person, always wanting to win. Whatever it is I’m doing, I’m trying to win. I have this inherent competitiveness.
Coming out of school, I wanted to design very big, complicated, world-class projects. I wanted to win and compete for those regularly. And in order to be competitive, in order to win, it seemed like a differentiator was new ideas.

So the ideas and the research-and-development were kind of a means to an end; that end being to remain competitive and to remain relevant and to bring value to clients. To beat the competition, so to speak, I had to have these new and differentiating ideas.

What’s changed over the course of a couple of decades of doing that, what I’ve realized is that for the best ideas to really be adopted in a general sense, they can’t be held singularly. Meaning, if you have an idea and you make it a proprietary piece of information, its impact on the industry is very, very modest – on a good day. Whereas if you share your idea – and it’s truly a good idea – others will adopt it, and it will become widespread and it will propel the industry forward.

And it’s an old analogy, right, a rising tide raises all ships. So, it’s kind of in that spirit that we do it. It’s not just for personal betterment that we share these ideas.

ASCE News: I know that ties in to your approach, challenging firms to put 2 percent of their annual profits toward research and development, right?

Klemencic: Today, in a general sense, the amount of money invested by companies industry-wide is essentially zero. Some people take exception to that and say they spend lots of money on R&D. But if you really look at what they say, it’s a little bit of a cop-out. Because what they’re doing is largely trying to support other’s people’s ideas. They’re not really putting their money where their mouth is.

And so, the idea is to look hard and say, “How much of your profit – not your revenue but your profit – are you really willing to put on the table and bet, as if you’re a hedge fund manager, as if you’re a venture capitalist? How much money are you willing to bet on making your company and our industry better?”
I came up with 2 percent because to me that seems like a very modest, almost innocuous number that everyone could swallow. If I said 50 percent, everybody would say, “That’s ridiculous.” And I think zero is ridiculous. So, let’s start with 2, and try 2, and if we can make progress with 2, then maybe we can make it 3.

ASCE News: What do you say to the owner who pushes back and says, “You know, I can’t put any of my profits toward going down a rabbit hole that might never lead to anything substantive or productive?”

Klemencic: Right. What I say is it’s certainly your choice first to decide whether you’re going to participate in industry-betterment activities or not. And then it’s also your choice to scrutinize what activities you believe are of value.

But surely there is something out there – whether it’s your own idea or someone else’s – that will help make your company better, or your projects better, or somehow better the industry.

You just need to look a little and open yourself up to the dialogue, because there is plenty going on.

ASCE News: So what do you think is the most important thing that needs to happen in the near future for the civil engineering industry?

Klemencic: We’re hoping that the spotlight that the Engineering News-Record has shone on this issue is going to serve as a point of leverage to take the Pankow Foundation’s efforts and those of us engaged in industry-betterment activities to a whole new level.

So we’re hoping to continue to build that momentum.