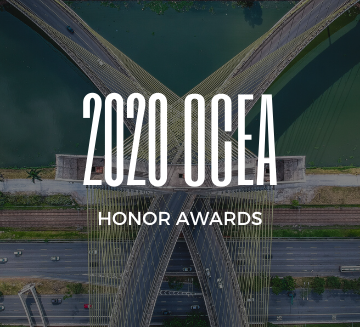 The West Vancouver Freight Access project helped solve three problems at once in the Port of Vancouver.

The project made it possible that unit train capabilities can remain competitive with other West Coast ports; rail access to the Port is granted by eliminating the at-grade crossing of two tracks; and overall rail operations within the port are strengthened.

The West Vancouver Freight Access Project, in Vancouver, Washington, has been honored by ASCE as a 2020 Outstanding Civil Engineering Achievement Honor Award recipient.

The WVFA is the largest project in the port’s history. Prime consultant HDR and the rest of the team oversaw the construction of long tracks able to hold unit trains (trains that transport a single commodity). This meant new loop tracks, opening the central rail corridor of the port, a new road overpass, reconfiguring stormwater treatment facilities and modifying several tenant rail connections.

The port is served by the BNSF and Union Pacific railroads, and the project removed a significant chokepoint where they cross. Also developed was a first-of-its-kind water-tight railroad trench along the edge of the ecologically critical Columbia River underneath the BNSF main line bridge. Access is opened to the future Columbia Gateway, the largest contiguous tract of undeveloped industrial property in Southwest Washington, and allows the city to redevelop a former industrial site into a vibrant mixed-use commercial/residential community.

Even though it coheres as a single operating rail system, the WVFA master plan consisted of 21 independently built projects over 11 years. The projects built on each other, but also had to stand alone and function as if future phases would not occur. 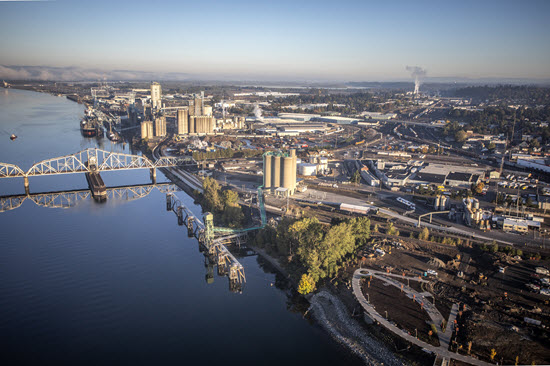 All was completed ahead of schedule and $23 million under the original $275 million budget, with minimal impact to Port tenant and rail operations. The complete reconfiguration allowed the port to boost railcar capacity from 50,000 to 400,000 annually and, in partnership with the City of Vancouver, to revitalize the waterfront.

The project created more than 4,000 construction jobs over its duration and is expected to generate another 2,000 through economic development over the coming 15 years.

The port includes 1,643 acres and is over 100 years old. It is located in the National Register of Historic Places. Though the Great Western Malting Complex drum house was demolished, extensive documentation allows it to live on through an exhibit at the Amtrak station overlooking the port.

The improved performance, reduced congestion and other enhancements don’t just help rail efficiency at the Port of Vancouver, they also support hubs in Houston and Chicago, and from Canada to Mexico.