Gymnastics Greatness a Springboard to Civil Engineering Success for Mullen 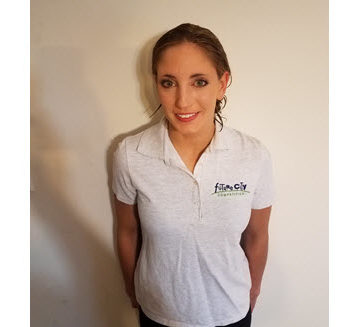 Not many civil engineers have an apprenticeship like this one.

Erica Mullen, known to everyone in her life as Sunny, spent much of her childhood in the gym, honing her gymnastics skills on the balance beam and tumbling mat. She went on to earn All-American honors at Rutgers University, after placing third on the uneven bars at the 2010 USA Gymnastics Nationals.

All the while – and she probably didn’t even realize it herself – she was preparing for a career in civil engineering.

“In a way, it actually got me into engineering,” Mullen said. “I always loved figuring things out. I liked to step back and look at a skill, look at the physics: ‘How do I learn this skill and not fall off a four-inch beam? If I put my arms a certain way, will that make things better?’

“It’s a sport that takes a lot of focus, concentration, a lot of structure. It definitely set me up for later in life.”

Mullen, P.E., M.ASCE, now works as a project manager for Maser Consulting in Mount Arlington, NJ, and ASCE has selected her as one of the 2017 New Faces of Civil Engineering – Professional.

Mullen specializes in capital improvement projects in various towns and cities in northern New Jersey. It’s a long way, figuratively and literally, from her hometown of Omaha, NE.

Inspired by her mother’s advice that “females can do anything, and nothing should hold you back once you start,” Mullen grew into one of the best young gymnasts in the country and earned an athletic scholarship to Rutgers. She was interested in architecture but Rutgers didn’t offer it as a major, so she gave civil engineering a shot.

“It just seemed like something was missing,” Mullen said. “Gymnastics was just so much of me.”

She stayed active in the sport, coaching local club teams. But even more than that, Mullen filled the void with the Future City program, a project-based educational competition for middle-school students.

She began mentoring local students five years ago and volunteered at a local competition. She enjoyed the experience so much that she dove in further, joining the steering committee.

“I got to see the excitement in the students’ voices and eyes and just really how brilliant they are at that age,” Mullen said. “It’s such a great program. I didn’t have anything like that when I was that young. To see them already exploring engineering was amazing. Seeing these students really wanting to learn more. And maybe my presence there will encourage more female students. That’s something I really want to encourage.”

“It doesn’t just teach math and science; it teaches teamwork and collaboration and communication,” Mullen said. “And being an athlete, I’ve always felt strongly about how important teamwork is.”

ASCE will honor Mullen and all 10 New Faces of Civil Engineering at the 2017 OPAL Gala, March 16, in Arlington, VA. Tickets are available now.