To Confront a Climate Change Future, Look to the Past, Author Urges 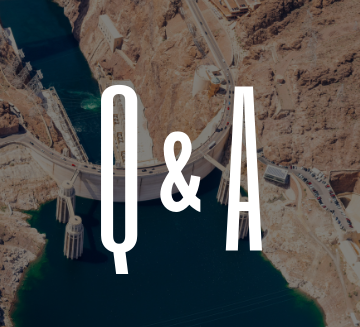 Ten minutes in the company of Jared Diamond, or spent simply reading one of his books, and you’re bound to come away looking at the world a little bit differently than you had before.

The Pulitzer Prize–winning author of “Guns, Germs, and Steel” doesn’t just take a systems approach to questions of climate change and sustainability. His approach encompasses no less than the entire history of humanity.

Diamond will serve as the keynote speaker at ASCE’s International Conference on Sustainable Infrastructure, Nov. 6-9, in Los Angeles. He talked recently with ASCE News, sharing his unique perspective.

ASCE News: Your most recent book, “Upheaval,” talks about the ways nations have developed mechanisms for dealing with crisis throughout history. Are there connections there that apply to how society can approach the upheaval caused by climate change?

Jared Diamond: Absolutely. And, in fact, after looking at how countries dealt with problems in the past, I devote the last four chapters to how Japan and the United States and others can deal with the problems of the present.

Of course, we have problems that everybody knows about and talks about. And there are things that are getting in the way of us Americans, or the Japanese, or the world, are dealing with problems, such as refusing to acknowledge problems or blaming problems on others.

For example, in the United States the trend is to blame our problems on Canada, Mexico and China, rather than on how we ourselves are causing our problems.. So those are examples of obstacles to facing up to problems in the modern world.

ASCE News: How have you seen examples throughout history of how these mechanisms get implemented?

An example of a society that dealt with a problem after it exploded was Chile, the most democratic and richest country in South America, where there had been a gradual breakdown of political compromise due to political polarization between the left and the right and also within the left and the right. It all blew up in 1973 in a military coup that introduced tortures and killings and smashed world records for sadism.

So, Chile had a military dictatorship for 17 years. The dictatorship did change Chile’s economy, and eventually the socialists came back into power. So that’s an example of a crisis that blew up, rather than being anticipated.

And it was eventually solved more or less by Chile adopting selective changes, namely adopting more of a free-market economy and Chilean socialists coming into power and not being intolerant but learning to compromise on their socialist principles. 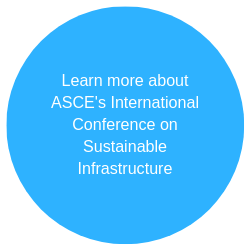 ASCE News: Do you see a positive way forward from here?

And the second thing is to acknowledge that we can do something about it, that we have responsibility. These problems are not caused by other people, but they’re our self-caused problems.

And still another thing, that countries and people as individuals often, in dealing with a crisis, look to models of other people and other countries that have faced similar crises. That’s something that Americans are reluctant to do. We have this belief in American exceptionalism, the belief that we are so unique that there’s nothing we can learn from other countries.

Whereas in fact, all major democracies wrestle with the same problems of education and immigration and healthcare and prisons and voter registration that we Americans face. But we Americans will not look to how others solve these problems.

ASCE News: It seems that a lot of your work has looked at the question of fate versus decision, the idea of whether or not the future is unwritten. It sounds like you believe that we still have the ability to act and shape how the future is cast.

Diamond: We Americans have more of a free hand than almost any other country in the world. Most other countries are severely constrained. They have powerful neighbors. For example, Germany has the misfortune to border on France and on Russia and to be open on a seacoast to Britain. So Germany, with 15 neighbors, is severely constrained. The United States  has oceans on two sides and we’ve got only two neighbors which are zero threat to us.

So we have a lot of freedom of action, more than almost any other country in the world.

And we’re a powerful country. We have the world’s largest economy.

The United States is in position to do what it wants to do, once we decide what we want to do and have the courage to face up to our problems.