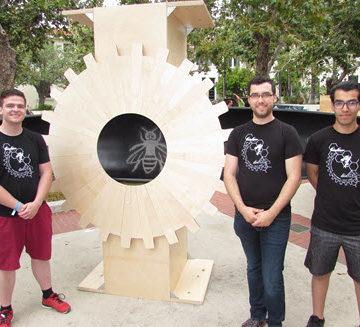 The Polytechnique Montreal concrete canoe team arrived in San Diego for the national competition with an assist by the Colorado School of Mines team. PHOTO: ASCE Foundation

OK, so recent economic news notwithstanding, maybe Canada and the United States can get along after all. At the very least, the 2018 National Concrete Canoe Competition is doing its best to bring the two nations together.

The 31st annual NCCC began Saturday, June 23, at San Diego State University, and the two qualifying schools from Canada – Polytechnique Montreal and Universite Laval – had their canoes lined up for Display Day festivities thanks to some neighborly support from new friends in the Rocky Mountains.

Laval and Polytechnique Montreal traveled together to the national competitions, driving their concrete canoes in a trailer, the 43 (!!!) hours from Quebec to San Diego. But just shy of Denver, the trailer broke.

“One of the wheels just came off,” said Laval co-captain Jeanne Paquet. “They had to make a repair, but they weren’t able to get the piece.”

Couldn’t repair the trailer. Couldn’t rent a new one for two weeks. A thousand miles from San Diego, five days before the competition.

This is where our Rocky Mountain heroes arrive on the scene.

Now, the School of Mines earned a 2018 nationals berth by hosting the 2017 competition, but the team’s canoe broke during this spring’s student conference. So they planned to compete in San Diego (in the report and presentation portions) but not bring a canoe.

Point being: they had a trailer available.

Only catch? Insurance requirements necessitated that a Mines student ride in the van with the Canadian teams. ASCE Student Chapter President Shelby Palisoul was happy to oblige.

“They called, and I was like, ‘Yeah, sure!’” Palisoul said. “I’m a friendly person. I can make friends.

“So I asked them when they wanted to leave, and they’re like, ‘Thirty minutes.’ So I did some laundry real fast, packed everything up; we swapped trailers and went out.”

Four days, pit stops in Las Vegas and at the Hoover Dam, and lots of interesting bilingual conversation later, the crew arrived in San Diego, with newfound friendships stretching across the lines of competition.

“I’d be really sad if it was our team and you make it to nationals but then can’t get your canoe there,” Palisoul said. “So when I heard they needed someone, I just felt like, ‘Why not?’ And it worked out. We had a lot of fun.” 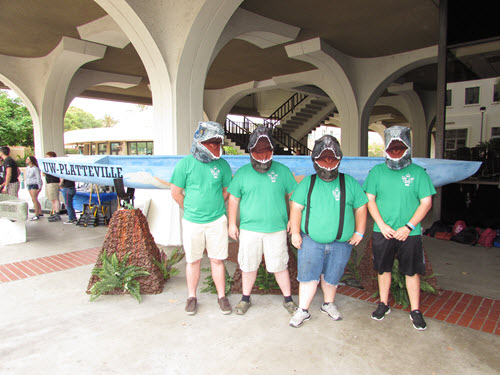 Members of the University of Wisconsin-Platteville team seem to be taking their Concreature theme literally. PHOTO: ASCE Foundation

Fairmont State University set a new record for most consecutive years at the National Concrete Canoe Competition. FSU – with this year’s canoe, U.S.S. Tercel – has qualified for nationals 15 straight years, going all the way back to 2004.

“We’ve had to fill big shoes,” said team captain Ben Costello. “But with our traditions and how we run things, I think that’s what’s made us so successful. And we’ve stuck with it.”

Several teams attended nationals not as competitors but as interested bystanders.

“We wanted to come see what it takes to get to the national level,” said Allan Arana, project manager for the 2019 Cal Poly Pomona concrete canoe. “Cal Poly Pomona hasn’t been to nationals since 2014, so that’s our goal – to get back to where we feel we belong.”

Members of the concrete canoe teams from Western Kentucky University and Colorado State University also made the long trip to collect inspiration and motivation for next year’s projects.

Students from the Vellore Institute of Technology made the even longer trip from India to share the success of their 2018 Student Conference – the first such conference held overseas – and gather information about the national event. 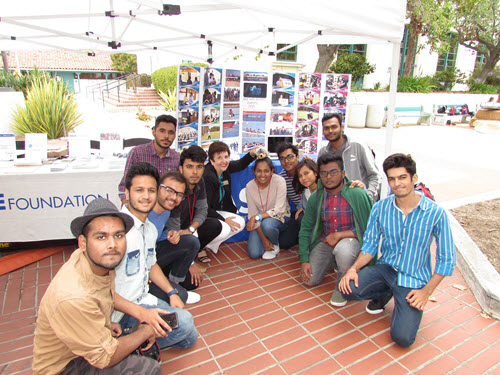