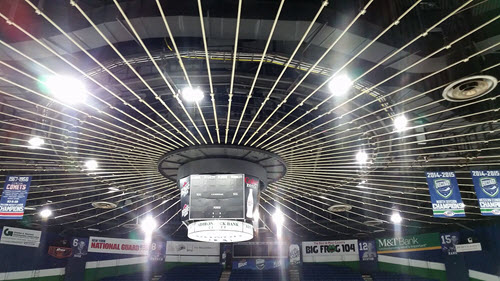 Opened in 1960, the landmark was the first of its kind. Lev Zetlin designed the cable-suspended roof system and became one of three arenas worldwide with unobstructed views. The arena recently underwent a series of multi-million-dollar renovations and is home to the American Hockey League’s Utica Comets.