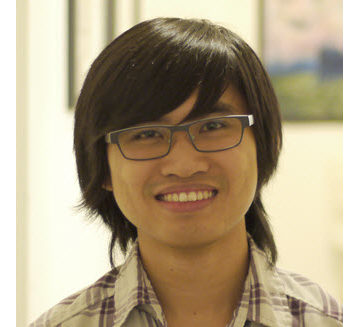 The junior bridge engineer for COWI in Seattle works all day and volunteers all night.

“I’m surprised if there’s a week where I don’t have any events, but it’s fun,” Nguyen said. “It’s not like I feel obligated. I think I’ve always been someone who wanted to be involved in the community.”

Nguyen, P.E., ENV SP, M.ASCE, has been selected by ASCE as one of the 2017 New Faces of Civil Engineering – Professional.

He received the 2016 Outstanding Younger Member in Community Activities award at last year’s WRYMC, along with recognition as Outstanding Volunteer for 2016 Engineers Week.

“I think ASCE has been a major part of my life,” Nguyen said, a sentiment that assuredly would be reciprocated by the Seattle YMF.

When he was 3, Nguyen moved to Seattle with his family from Vietnam. He’s called Seattle home ever since, earning his bachelor’s and master’s degrees from the University of Washington.

The city’s South Park Bridge has been a checkpoint across Nguyen’s career. He helped work on a bridge replacement project as a college intern at HNTB. Years later, he returned on a tour of the work with his fellow Seattle Younger Members. Recently, he returned again, this time as a technical tour organizer.

With the replacement work complete, Nguyen was able to get his group access to the operations room, the mechanical room, the sunken caisson, and even a view of the mechanical lifted bridge from the trunnion’s pivot point.

“It was nice that they let us get to do that,” Nguyen said. “The South Park Bridge was pretty important to me.”

“I just enjoy helping,” Nguyen said. “When I was younger, I thought about being a teacher. I didn’t go that way, but it’s nice to be involved in shaping their futures, giving them a chance to see what it’s like to be an engineer.”

Nguyen’s work as a bridge engineer is his true passion. He’s especially interested in building with increased attention to sustainability. He currently is pursuing Greenroads Rating System certification for a bridge, and has earned an Envision Sustainability Professional credential.

“I’m most excited about the analysis work I get to do,” Nguyen said. “We look at all these bridges in the analysis program. We use 3D representation and can add wind load, add car load. I think I enjoy that most – using technology to visualize the bridge.”

ASCE will honor Nguyen and all 10 New Faces of Civil Engineering at the 2017 OPAL Gala, March 16, in Arlington, VA. Tickets are available now.