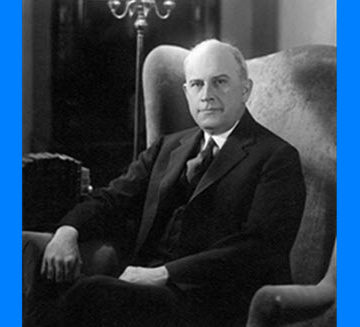 February marks the anniversary of the birth of civil engineer and professor Hardy Cross, known for his method for analyzing and solving indeterminate structures, which reshaped formal structural analysis in the mid-20th century. He is also identified with the Hardy Cross Method, an adaptation of his structural technique, applied to flow in complex pipe-network systems.

Cross was born Feb. 10, 1885, to Thomas Hardy Cross, a Virginia planter, and Eleanor Elizabeth Wright. He received a B.S. in civil engineering from the Massachusetts Institute of Technology in 1908. After a one-year stint in St. Louis with the bridge department of the Missouri Pacific Railroad, he taught at Norfolk Academy. In 1911, he earned his master’s degree in civil engineering from Harvard University. During his graduate studies at Harvard, he developed the moment-distribution method that later made him famous.

In 1921, after a decade of various professional and academic positions, Cross joined the faculty at the University of Illinois as professor of structural engineering. While there, Cross refined his method to simplify the analysis of statically indeterminate buildings and bridges. In 1930, his paper, “Analysis of Continuous Frames by Distributing Fixed-End Moments,” was published in the ASCE Annual Convention proceedings, in which Cross described the moment-distribution method, which would change the way engineers in the field performed structural analysis.

Structures are statically indeterminate when simple static equilibrium equations are insufficient for determining the internal forces and reactions on that structure, i.e. the number of reactions exceeds the number of equilibrium equations. Prior to the moment-distribution method devised by Cross, the analysis of elements for statically indeterminate structures was a monumental mathematical task. Cross’ moment-distribution method is a practical application of the Jacobi method found in linear algebra. The Jacobi method is an algorithm for determining the solutions of linear equations where each diagonal element is determined, an approximate value is plugged in, and the process is then iterated until it converges.

Cross’ method applies the technique to structures by approximating fixed-end moments within the framing members, which are systematically distributed to adjacent members in a sequence such that the system eventually reaches equilibrium. Although using the moment-distribution method results in an approximation, the level of accuracy is such that structural analysis of statically indeterminate beams and frames can be performed by hand. Cross’ method of moment distribution was quickly accepted and became a dominant method of structural analysis from the 1930s until the advent of computers and the finite-element method in the 1950s and 1960s.

In November 1936, Cross applied the same technique to solving flow-distribution problems in complex pipe networks. He published a paper in the University of Illinois Engineering Experiment Station Bulletin titled “Analysis of Flow in Networks of Conduits or Conductors.” The method solves for head losses in a closed-loop system using an initial estimate and iteratively balancing adjacent loops. The introduction of the Hardy Cross Method for analyzing pipe-flow networks revolutionized municipal water-supply design, but was also eventually superseded by computer analysis.

In 1937, Cross left Illinois to lead the Department of Civil Engineering at Yale University, where he remained until until his retirement in 1953. Cross died Feb. 11, 1959, and is buried in the Ivy Hill Cemetery in Smithfield, VA.