Resolved: We Must Raise the Bar to Advance the Profession 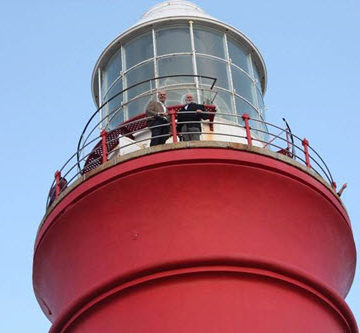 The past 10 months have brought clear and unmistakable statements from organizations at the heart of licensure: The future education of P.E.s can’t remain stuck in a century-old holding pattern.

At its recent annual meeting in Dallas, the National Society of Professional Engineers’ House of Delegates voted overwhelmingly to approve an updated policy that “supports the concept of engineering licensure candidates meeting additional academic or other educational requirements as a prerequisite for engineering licensure.” The vote was 77 to 17 in favor, with delegates from only eight states opposing. Leading up to that decision, both the NSPE Board of Directors and the Past President’s Council had deliberated the issue and voted without dissent to support the updated policy.

Less than a year ago, the National Council of Examiners for Engineering and Surveying, the organization representing engineering licensing boards, voted by a nearly two thirds margin to adopt a position statement affirming that the “future demands for increasing technical and professional skills have resulted in the need for additional education beyond the bachelor’s degree for those entering the engineering profession.”

I hope you notice a pattern here.

The engineering groups that deal with the future of licensure know that we need to align engineering education to a changing world. The complexity of engineering practice continues to explode while the credit hours required to obtain an engineering bachelor’s degree continue to decline. Something has to give. Future licensed professional engineers are going to need additional foundational background through formal education.

All this affirms again what a major National Academy of Engineering report said over a decade ago: “The exploding body of science and engineering knowledge cannot be accommodated within the context of the traditional four-year baccalaureate degree.”

The need for more education is clear. Our focus remains how and when to implement this change. We believe the standard should require future civil engineers to have an accredited bachelor’s degree, and either an engineering master’s degree or 30 graduate/upper-level technical/professional practice credits plus appropriate experience.

In advance of the NSPE vote, I wrote then-NSPE President Tim Austin expressing ASCE’s support for passing the updated Policy 168, but also noting ASCE’s concern about whether academic rigor and examination would be sufficient when the NSPE policy refers to pre-licensure “professional development education.”

It’s time for the next step in building the future of our profession and protecting the public health, safety and welfare. It’s time to Raise the Bar for civil engineering.