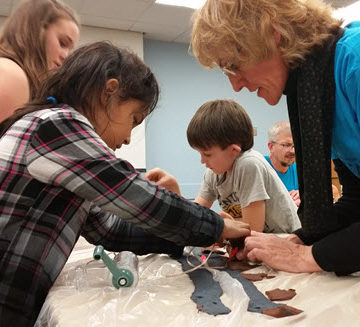 ASCE members have helped make the Project BUILD program at the High Plains Library District near Denver a huge success.

Libraries aren’t likely the first venues you think of when you consider civil engineering outreach.

But maybe they should be.

Project BUILD proves that civil engineers and libraries can forge a powerful partnership.

“This is the first time that we have partnered with the library system. It wasn’t something that I had considered before,” said Justine Rose, EIT, A.M.ASCE, an engineer for AECOM in Cleveland, secretary for ASCE’s Cleveland Section, and co-lead (with Nick Heim, A.M.ASCE) of a recent Project BUILD outreach effort in the Cuyahoga County Public Library.

“But when I read the description, it was like, ‘Yeah, brilliant! That absolutely makes sense.’”

ASCE has organized six Project BUILD partnerships around the United States that meet one Saturday a month for four months. Rose has been blown away by the partnership with her library, praising library officials for handling all of the logistics, from providing materials to securing learning spaces to promoting the events to their regular library audience.

“It lets us focus more on the programs themselves, figuring out how best to talk to kids about engineering and putting together fun activities,” Rose said.

Those fun activities include several developed for the ASCE giant-screen film Dream Big: Engineering Our World, each emphasizing the engineering design process. 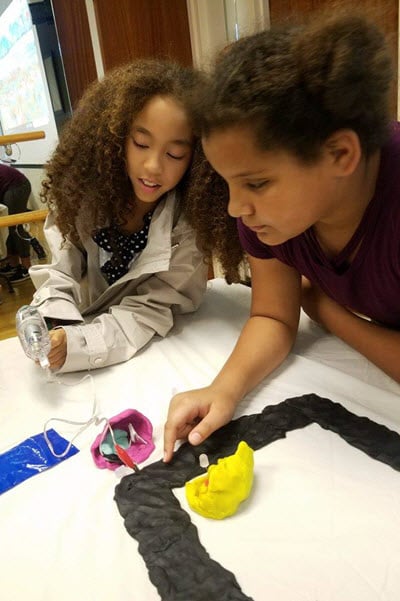 “I think a lot of times kids are afraid of failing,” Rose said. “We want to tell them, ‘Hey, that’s OK if it doesn’t work the first time.’ We talk about their design and then let them try again and see if they can improve it.”

Project BUILD has also allowed ASCE to gather data evaluating its effectiveness. The numbers are encouraging, with 85 percent of ASCE-member Project BUILD volunteers saying they were confident in their ability to co-facilitate an engineering outreach programming after experiencing the four-month program, as compared with just 31 percent of respondents before the series.

“It’s been great. At the end of the day, the kids designed something, they had fun, and they’ll remember that they did engineering.”