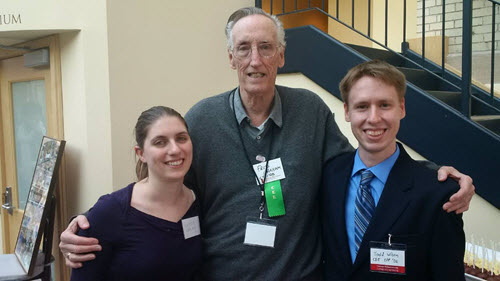 John Frederick “Fred” Graham Jr., for many years a civil engineering and construction leader in Pittsburgh, has died. He was 82.

Graham, P.E., Dist.M.ASCE, was born in Pittsburgh and he devoted his working life to the city. After graduating from Carnegie Tech (now Carnegie Mellon University), he worked most of his career as director for engineering and construction for Allegheny County.

In 1989, he became the director of capital projects and oversaw the construction of the Pittsburgh International Airport. When the project was complete – on time and at budget – Graham organized a party just before the airport’s opening for everyone who worked on the project, celebrating both the accomplishment and his appreciation for teamwork.

Active in ASCE throughout his career, Graham served as the District 4 director from 2002 to 2004, and a member of the ASCE Board of Direction. In 2006, he was inducted as a Distinguished Member.

He also leaves a legacy as an educator, having taught several years at his alma mater.

“I always admired him for being the type of engineer one should aspire to be,” said Todd Wilson, assistant engineering manager for GAI Consultants in Homestead, PA, and former student of Graham’s at Carnegie Mellon.

“He was incredibly intelligent but only talked about how talented everyone else around him was. He was proud of what he did but was also modest, emphasizing the importance of listening to members of his team, regardless of title. His personal pride was not that he did it, but he insisted on doing things the right way, even if it was not the easy way.”