Photo – Quebec City: A Snapshot of France in North America 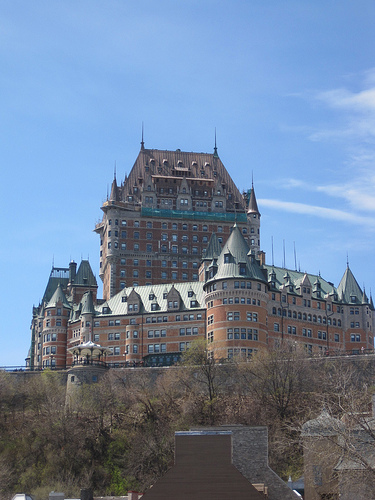 This spring we took a short vacation to Quebec City, Canada. Vieux Québec is one of the oldest cities in North America. French explorer Samuel de Champlain founded the permanent  settlement in 1608 along the banks of the St. Lawrence River. The city’s most famous landmark is the Château Frontenac. Opened in 1893, the hotel prominently features French renaissance revival architecture, reminiscent of the châteaux built in the Loire Valley of north-central France. Today, Château Frontenac is part of the high-end collection of Fairmont Hotels.