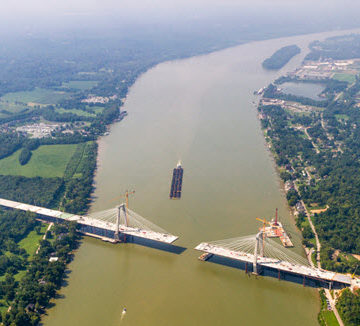 When completed, the ORB-EEC project will address cross-river mobility challenges in the Louisville metropolitan area, improve safety and alleviate traffic congestion, and integrate with existing highways, while stimulating the Louisville–Southern Indiana region’s economy.

“The innovative partnership between Indiana and Kentucky ensured the project was designed to serve the needs of the entire region today, and for the future,” said Ron Heustis, project manager of the Indiana Department of Transportation.

The project team reviewed regional climate change assessment and adaptation plans to identify climate change risks and possible responses. Frequency and intensity of heat waves and flooding were among the most significant climate-change-related risks identified. Consequently, the project team established many measures to guard against these risks, including a minimum vertical alignment for the corridor to account for a 100-year flood event for the retaining walls and highway bridges, and a 500-year flood event for the tunnel, roadway, and cable-stayed bridge. 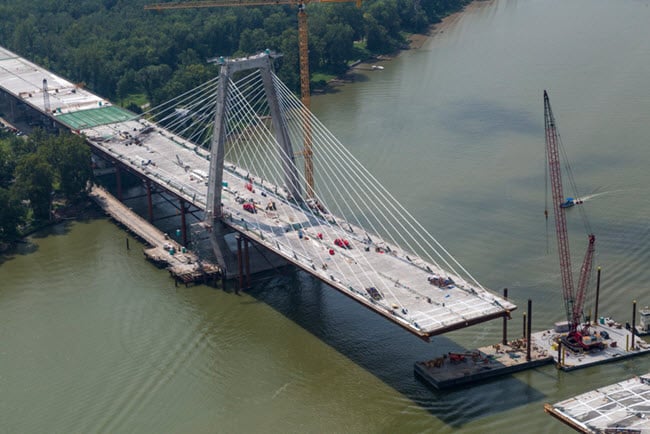 Aerial view of the bridge in August 2016, before the two ends were connected. Photo: WVB East End Partners

Several strategies were integrated into the project design to safeguard against hazards such as fires, earthquakes, and accidents, including implementing a tunnel emergency response plan in cooperation with several local city and state agencies, and designing the project beyond regulatory requirements to be able to withstand potential earthquake events. 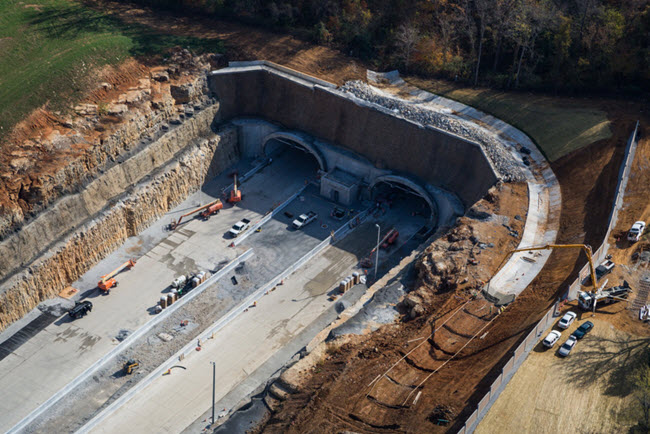 In addition to improving cross-river mobility, this project is expected to generate substantial economic growth and development outcomes for the region, including significant job creation during and after the project construction. The project team also held a series of public information sessions and open-houses to familiarize the public with the project’s design, and they worked closely with the community to assess local employment and training needs. 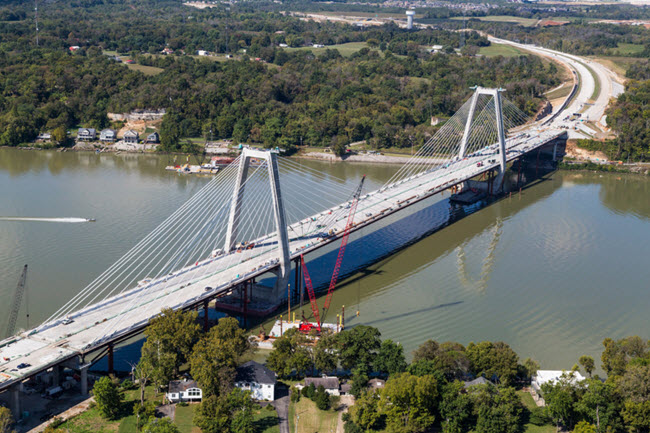