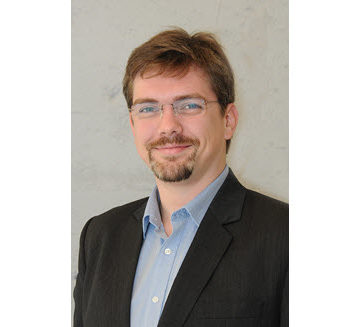 They say no one knows you like you do. Chad Norvell’s career validates the cliche.

He began college studying architecture, and he enjoyed it, but he couldn’t help feeling that his true talents lay elsewhere.

“I was interested in the details and the mechanics that made structures work,” Norvell said. “I wanted to do work that produced something physical and tangible.”

He switched majors to civil engineering, and having found his passion, Norvell already has plenty of “physical and tangible” accomplishments less than a decade into his career. ASCE selected Norvell as one of the 2017 New Faces of Civil Engineering – Professional.

Norvell, P.E., M.ASCE, works as a project engineer at Nishkian Dean in Portland, OR, specializing in seismic retrofits of buildings. This is particularly important because of the earthquake risk posed by the Cascadia Subduction Zone.

“Unfortunately, most of Oregon’s schools were built before the region’s seismic risk was understood, meaning the schools are at risk of catastrophic collapse,” Norvell said. “To prevent this, I designed efficient seismic retrofits for more than a dozen schools in the Greater Portland area.”

While at Portland State University, Norvell joined Engineers Without Borders–USA and led several projects in Nicaragua, plus served as chapter president for two years. That experience led to three years as director of engineering for WorldHaus, a social enterprise that works to provide affordable housing in India. Norvell designed and built dozens of housing projects across the country, from rural villages to dense urban areas.

“My job is essentially building things to make lives better,” Norvell said. “If you’ve ever felt that something wasn’t as good as it should be, or you thought that there could be a better way to do things, become an engineer – our job is to find solutions.”

ASCE will honor Norvell and all 10 New Faces of Civil Engineering at the 2017 OPAL Gala, March 16, in Arlington, VA. Tickets are available now.