For Sarah McEwen, it was almost too good to be true.

She moves to Jackson, Mississippi, to start her career as a water resources engineer, and what does she find? A detailed replica of the Mississippi River Basin constructed over 200 acres of park land. 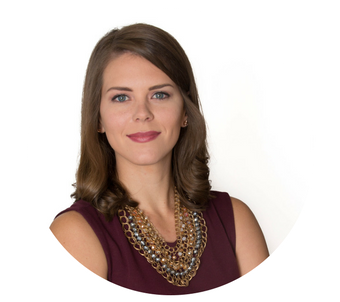 “It’s the largest scale model in the world, and it’s in Jackson, Mississippi,” McEwen said. “Crazy.”

The U.S. Army Corps of Engineers built the Mississippi River Basin Model during the mid–20th century to conduct flood mitigation experiments and research.

But if it seemed almost too good to be true for McEwen, it’s because it was. The Army Corps ceased operations at the model in 1973; reopened then closed the model again in 1993; and years of neglect had not been kind to the site.

She rallied some local ASCE members, as well as other leaders in the community, to save the Mississippi River Basin Model.

“We decided, ‘Okay, it’s now or never. Either we’re going to save this thing or it’s going to continue to decay,’” McEwen said. “‘Let’s see what we can do to get the ball rolling – clean up the space, add some educational components, and just preserve this cultural and historical landmark.’”

The team established the Friends of the Mississippi River Basin Model nonprofit organization to help refurbish and maintain the model. McEwen now serves as the group’s president, and ASCE has honored her as a 2018 New Face of Civil Engineering.

McEwen was probably predestined to be an engineer, even if she didn’t realize it at first. Her mother, father, and older sister all are engineers. Growing up in Alabama, McEwen discovered her own passion for civil engineering at a Mississippi State University engineering summer camp.

“It was just a great experience,” McEwen said. “I kind of saw that maybe I didn’t want to do all these other things; maybe I was going to be an engineer; maybe that’s just how I’m wired.”

She attended Mississippi State, where she joined the ASCE Student Chapter and focused her studies on water resources. She now works in Jackson as a water resources manager for AECOM and is married to another civil engineer, Jason McEwen. 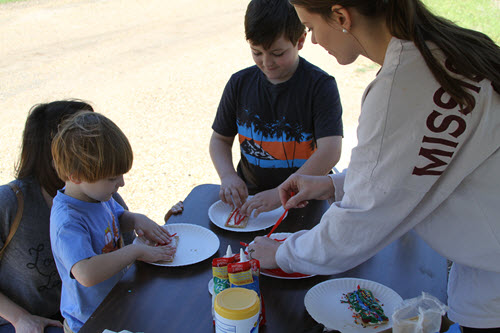 “There have been tons of books written on why Mississippi is such a strange, weird, wonderful place. I see such hope in the City of Jackson. Mississippi has so many extremely intelligent, passionate people who are working hard to make things better a little bit at a time.”

McEwen enjoys outreach work – she has served as a guide in a program that helps people with visual and hearing impairments play soccer – so the Mississippi River Basin Model has been a perfect combination of her interests. She and the Friends have started to clean up the model, clear paths, and hope to add signage, enlisting help from the Jackson State University ASCE Student Chapter and different Scout groups. They welcome school groups year-round. They share the history but also use the model as a tool to shape the future, by inspiring excitement in children for civil engineering.

“If it was just a model that was used by the Army Corps, we probably couldn’t save it, because people would just see it like, ‘Oh, that’s something derelict. It’s an old experiment that no longer has any value,’” McEwen said. “But this model had such an impact on modern computational technique. The experiments that were run still impact some of the decisions made by the Army Corps. That’s so neat to me. So many people have grown up in our area going to visit it, and we have people from all over the world come visit.”

McEwen is the vice president of the ASCE Jackson Branch and is involved in several other professional organizations. She volunteers with local Jackson Public Schools in STEM outreach, as well as with the Jackson State Student Chapter, who attend clean-up days at the model.

She hopes her work at AECOM, her volunteering, and of course the rebirth of the Mississippi River Basin Model can contribute positively toward her community. She may be from Alabama, but McEwen has found a home in Mississippi.

“There have been tons of books written on why Mississippi is such a strange, weird, wonderful place,” McEwen laughed. “I see such hope in the City of Jackson. Mississippi has so many extremely intelligent, passionate people who are working hard to make things better a little bit at a time.”