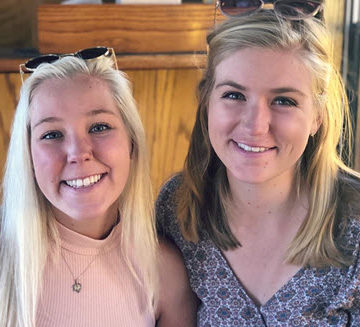 The future of environmental and civil engineering could well be shaped by two young engineers who grew up in the same household.

The Gibson sisters – Peyton and Devon – will celebrate National Siblings Day this year on opposite sides of the country from each other but maintaining a shared love of family and engineering.

“We have pretty differing personalities, but we share very similar worldviews just because we saw the world the same way growing up,” said Peyton, the older Gibson sibling by two-and-a-half years.

That worldview has led them both to pursue civil engineering careers. Peyton works as an associate program officer for the Board on Infrastructure and the Constructed Environment at the National Academies of Science, Engineering and Medicine in Washington, D.C. Devon, meanwhile, is a month away from completing her bachelor’s degree in environmental engineering at the Colorado School of Mines.

“We grew up Army brats together, so we never felt like we had a home state or a home in general,” Peyton said. “We lived everywhere. We moved usually every two years. So, I mean, me and my sister were kind of our only constants growing up.”

The daughters of Jim and Toni Gibson, Peyton and Devon had the opportunity to live in many different parts of the country thanks to their father’s career as an Army attorney – South Carolina, Oklahoma, Virginia (twice), suburban Chicago, Georgia, Arizona, North Carolina, even a three-year stay in Rome, where Devon graduated from high school.

“Growing up together, we were like the only two people we had,” Peyton said. “It’s so weird for me because people always talk about their childhood friends or they have pictures of this neighbor or this friend since they were in diapers together. And we just don’t have that. You were moving so much that you lose touch with people, and you don’t have those rocks from your childhood or people that you can go back to in your hometown. So, it really has made us a lot closer as sisters and as a family.”

“It was definitely nice having a sister, because wherever you move someplace new, you already have a built-in friend,” Devon said. 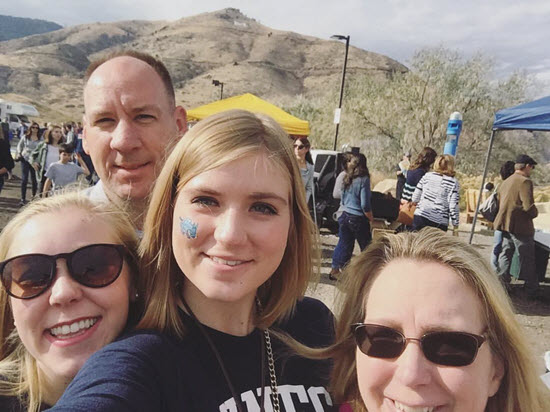 The girls described themselves as being close as children, though not inseparable –  Peyton the more anxious of the two; Devon more laid back. Peyton went to math and science camp. Devon took up horseback riding.

Devon often followed her older sister’s lead, though – playing soccer like Peyton did, and, eventually, joining her at the Colorado School of Mines.

“It definitely was nice,” Devon said. “Freshman year, you’re still new to everything, so being able to go to your sister’s house and hang out there was great, just having her there for all the little things. I even ended up joining the same sorority as her and things like that.”

The sisters’ career interests, though both engineering-related, diverge in key ways.

Peyton’s passion lies in infrastructure and construction. She’s been a leader in the ASCE Construction Institute as both a student and now as a young professional. Her interest in politics, meanwhile, led her to chair the recently released “2020 Colorado Infrastructure Report Card.”

“Finding new ways to help the environment, especially ones that might seem arbitrary to regular people is super-interesting to me,” Devon said. “I love being able to do that. It’s a very cool path. You can really make a difference. And it’s still such a new field that there is so much to be explored within it, which I think is really awesome.”

The natural environment and the built environment would appear to be in good hands, and the Gibson sisters will continue supporting each other’s good work.

Little sister still looks up to big sister. “Peyton is very focused on her career, and she’s doing a great job with that,” Devon said. “And I want something similar for myself, for sure.”

While big sister reciprocates. “She’s done some really cool things already,” Peyton said. “She’s been really on top of her game in networking, and I think she’s leveraged all of her resources really well in getting into the industry. It’s really cool to see her thrive. I’m very proud of her.”