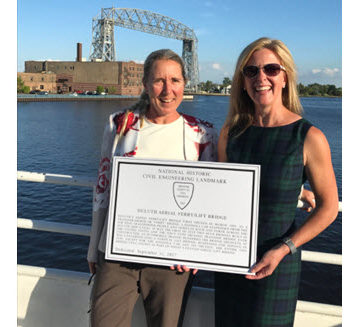 It was a big ASCE week in Duluth, MN.

The city hosted the 2017 ASCE Congress on Technical Advancement, Sept. 10-13, drawing civil engineers from around the world.

“He turns 104 on Christmas Eve this year, and he has been at section meetings every month for as long as I can remember,” Chris Rousseau, P.E., M.ASCE, told the Duluth News Tribune. “When somebody’s still that engaged in their career, in their industry past a hundred years old, I think he epitomizes the attitude and the excitement that people have for the engineering profession.”

Learn more about the Duluth Section. 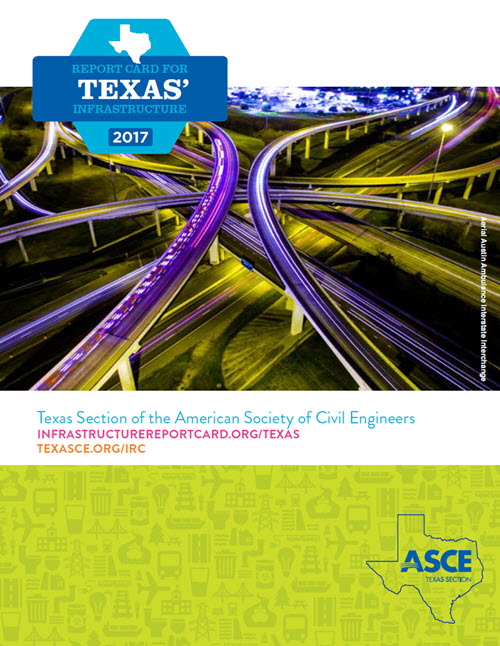 Texas’ infrastructure has received a lot of attention in the past few weeks following Hurricane Harvey. Today, weeks the cities of Port Aransas and Rockport were destroyed and Houston and South Texas flooded, the Texas section of the ASCE released the Report Card for Texas’ Infrastructure, and the report finds there is work to be done and an opportunity to modernize the state’s infrastructure.

In the seven categories of infrastructure that were evaluated (including aviation, bridges, dams, highways and roads, flood control, drinking water, and waste water) the highest mark received was a “B” for bridges, followed by aviation with a “B-.” The five remaining categories all received grades in the “D” range including Dams, Drinking Water, Flood Control, Highways and Roads, and Wastewater.

As we so eagerly struggle to reclaim our lands and get back to normal as quickly as we can, Miami-Dade County and more importantly Monroe County have been affected by the immense category 5 hurricane, #HurricaneIrma The hurricane formed near the Cape Verde islands, swept the islands of Barbuda, the Bahamas, St Martin and other Caribbean islands causing major damage, grazed by Puerto Rico and Cuba leaving major flooding and power outages, destroyed the Florida Keys where hundreds have been found dead, continuing to Marco Island, Naples and Ft Meyers, and finally ending at Georgia, Alabama and South Carolina. It reached peak winds of 185 mph for a continuous 37 hours. Please let us know if there is anything we can do to assist those in the Keys and Miami-Dade County! Email us at info@miamidade-asce.org

The 2017 GeoMEast International Congress and Exhibition, held in Sharm El-Sheikh, Egypt, brought together over 300 attendees from 48 countries to discuss sustainable civil infrastructure. ASCE President Norma Jean Mattei attended the conference and addressed the attendees. The conference accepted 325 papers that have been published in 15 volumes.

The American University of Beirut Student Chapter in Beirut, Lebanon, helped a less fortunate village build a public garden on a scenic cliff overlooking Beirut and the Mediterranean Sea.

Follow the AUB students on Facebook, where you can also see a video of the new garden. 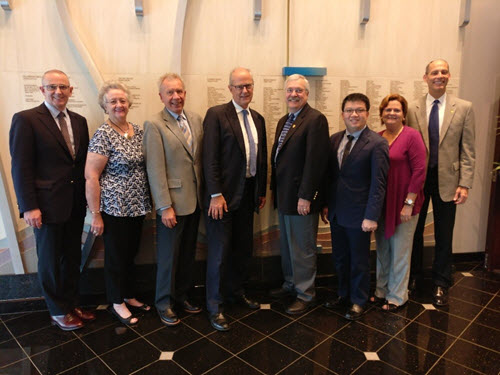 Leaders from the ASCE Structural Engineering Institute and the Institution of Structural Engineers (IStructE) met at ASCE Headquarters in Reston, VA, to discuss plans for collaboration aligned with SEI global initiatives to enable structural engineers to engage and succeed in global practice. 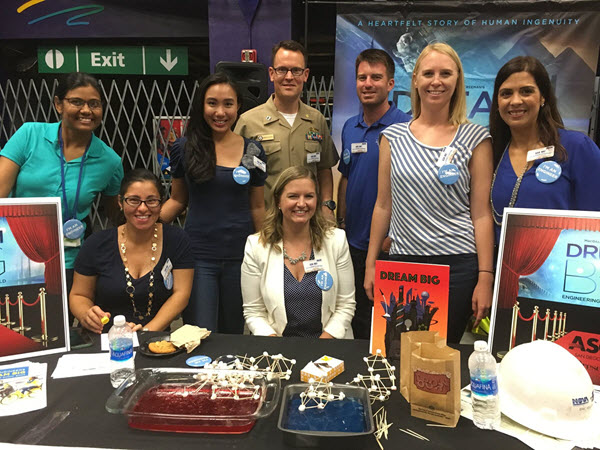 At ASCE’s table, students built a structure using toothpicks and marshmallows and tested it on a shake table made of gelatin.

Keep up with the San Diego Section on Facebook. 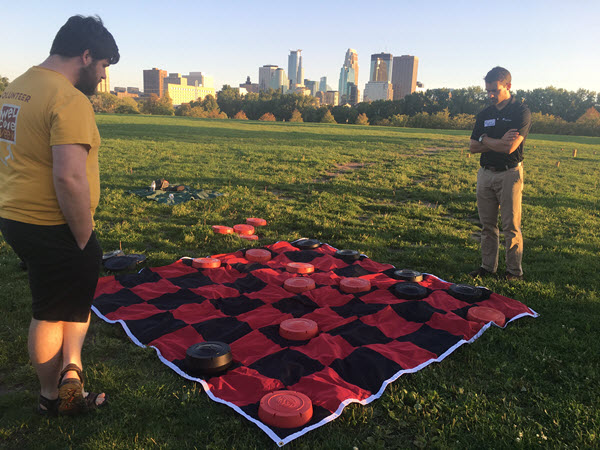 The Minnesota Younger Member Group recently held its fifth annual ASCE BBQ and food drive. It was another successful event with awesome food, great conversation, and fun yard games – all with a view of the Minneapolis skyline and blue skies. The group raised 59 pounds of food, along with $170 in food-shelf donations. 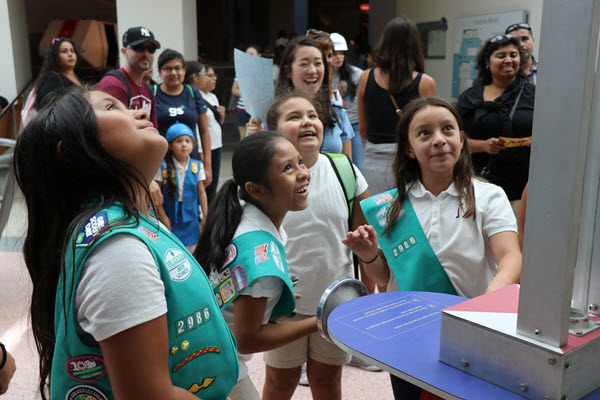 The Los Angeles Younger Member Forum recently partnered with the Girl Scouts of Greater Los Angeles for the “Girl Scouts Dream Big” event at the California Science Center. It was a huge success with more than 350 attendees.

The day began with hands-on engineering activities between 12 groups of Girl Scouts matched with a lead female engineer. The 12 groups built bridges, buildings, and pipelines. Some held up and some didn’t when loaded with additional marbles!

After the hands-on engineering activities, the girl scouts lined up to see the Dream Big 3D IMAX movie, and took advantage of some more photo-ops and selfies. After viewing the film, many of the Girl Scouts were very excited about the possibility of engineering for their future careers!

The groups broke for lunch, and then after lunch, the female engineers led their groups throughout the California Science Center’s exhibits and closed the day with the Endeavor Shuttle Exhibit.

The day was so much fun and successful, that the ASCE LA YMF and the Girl Scouts of Greater Los Angeles cannot wait to join again for another event! Girl Scouts Dream Big Day was a great day for inspiring future generations of female engineers!