Today I got called to down to the County Circuit Court for possible selection as a jury member. No – not for the Blagojevich trial. Every court day, a pool of potential jurors is called to sit for possible selection on any of the day’s cases. Leading up to my appointed day, I told colleagues and friends that I hoped not to get chosen. We even laughed about questions and answers that would be sure to exempt anyone from jury selection.

A few friends and family members tried to convince me that it would be a worthwhile experience. One friend told how a jury that he had sat on had the chance to stick it to an insurance company. An aunt lamented that she had missed her only opportunity sit on a jury because of ill-timed bathroom break. I was not convinced. What if I got placed on a long trial… better to hope that my number was never called.

I arrived at the courthouse slightly after the appointed time. The morning was off to a lousy start. Traffic was bad. I spilled tea all over the passenger seat. The low-tire-pressure light came on. And I couldn’t find a spot in the parking garage. Surely my number would be up.

The potential juror’s room was very sparsely populated. With so few candidates, I figured it was only a matter of time before I would be called into court. We watched a VHS-taped message made sometime in the early Nineties. I had forgotten how badly distorted the audio would get on those tapes. 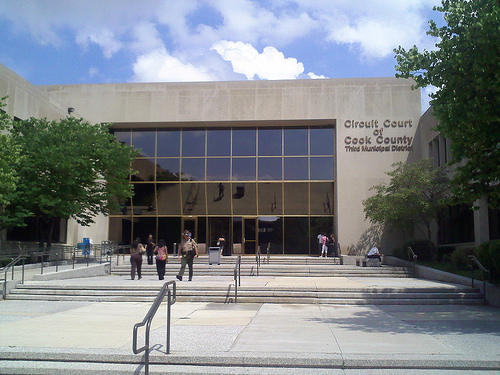 And then we sat… and waited… and were released for lunch. After lunch we waited some more. I spent some time working on my blog and playing video games on my netbook. Still, nothing happened. By mid afternoon I was becoming disappointed. Where was my experience of courtroom drama? And then we were released, given our checks for $17 and told that we wouldn’t be called again for at least another year.

My wish had come true, but I felt more disappointed for the lost opportunity to serve on the jury. Upon reflection, I think we often wish for nothing to happen. Maintaining the status quo is always the easy thing to do. Even something as patriotic as sitting on a jury of peers (a unique democratic element of our governance) can be viewed as a chore. Be careful what you wish for, you might never be called.