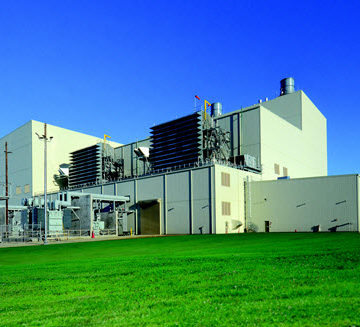 In Iowa, Alliant Energy’s Marshalltown Generating Station received the Envision Platinum award from the Institute for Sustainable Infrastructure. The facility is the first in Iowa to earn an Envision sustainable infrastructure award.

The Marshalltown Generating Station is a natural gas combined-cycle facility. It has a 650-megawatt capacity, providing enough electricity to power 500,000 Iowa homes and businesses. The generating station will emit less than half the carbon dioxide, about two-thirds less nitrogen oxide, and roughly 99 percent less sulfur and mercury than traditional coal-fired energy generation.

During the design phase, engineers identified seven specific risks to the project, which were potential shortages in fuel and water resources, flooding and spills, and changes in heat, snow loads, and wind speeds.

Alliant Energy, working together with the project team and local stakeholders, restored a significant portion of the project site to create a new nature Trail, consisting of natural habitats located near the Marshalltown Generating Station. Natural prairie and pollinator habitats replace previously planted monoculture row crops, and the habitats are accessible to the public. The seven acres of new public space provides visitors with the opportunity to learn more about the benefits of natural prairie and pollinator environments. A walking trail with educational signage is open to visitors daily.

The project is creating several additional benefits for the local community, including improved electric and gas capacity for businesses, industry, and the public. The new gas pipeline connecting the existing Northern Border Power pipeline and the Marshalltown Generating Station was sized to meet expected future population growth and increased demand for natural gas in the Marshalltown area. Improving the natural gas delivery system in the city will also lower the long-term delivery cost of natural gas to the community, thereby saving residents and businesses an estimated $1 million annually.

As the largest development project in the City of Marshalltown in more than 20 years, the $700 million facility expects to bring millions of dollars in tax revenue benefits to Marshall County and the state of Iowa. Alliant Energy worked in closely with HDR to deliver the project that resulted in Marshalltown Generating Station’s Envision award.