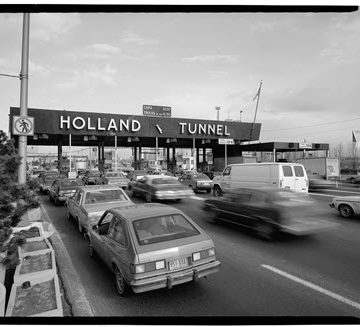 March marks the anniversary of the birth of Clifford Holland, the engineer who designed the 1.5-mile-long tunnel that bears his name, connecting New York City and Jersey City, NJ, under the Hudson River.

Clifford Milburn Holland was born March 13, 1883, in Somerset, MA. After graduating from Harvard University with a Bachelor of Arts in 1905 and a bachelor’s degree in civil engineering in 1906, Holland began his career in New York City working as an assistant engineer on the construction of the Joralemon Street Tunnel. His reputation as an underwater tunnel expert grew while he served as the engineer-in-charge of the construction of four subway tunnels across the East River.

In 1919, Holland, took office as chief engineer of the tunnel that would eventually bear his name. The New Jersey Interstate Bridge and Tunnel Commission and the New York Bridge and Tunnel Commission had jointly discussed a trans-Hudson crossing since 1906. A proposed tunnel, not a bridge that might interfere with shipping in the Port of New York, was approved in 1913.

Holland was the first chief engineer of what was then known as the Hudson River Vehicular Tunnel project. He enlisted the help of Ole Singstad to serve as the project’s design engineer and Milton M. Freeman to supervise construction and serve as resident engineer.

Design of the tunnel began in June 1919. Eleven different plans for the tunnel were proposed, including a design by Gen. George Goethals that included a single tube having two levels, each containing three traffic lanes. Holland’s plan, which was ultimately selected, called for twin tubes lined with cast iron, each containing two lanes of traffic on a single deck. Tunnel construction began Oct. 12, 1920. 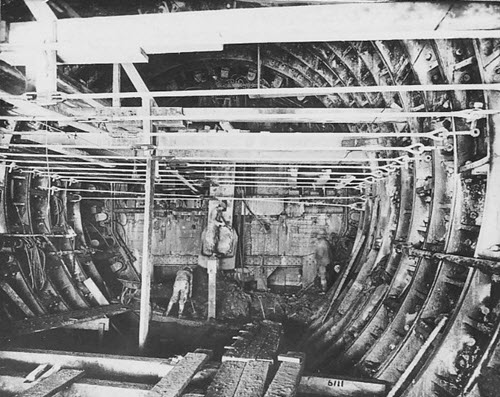 The Holland Tunnel under construction in 1923.

The most significant design aspect of the Holland Tunnel is its pioneering ventilation system. At the time of its construction, underwater tunnels were a well-established part of civil engineering, but no long vehicular tunnel had been built. The technical hurdle was the ventilation required to evacuate the carbon monoxide emissions, which would otherwise asphyxiate the drivers. In Holland’s design, the problem of noxious gases from internal combustion engines was solved with large-capacity fans in ventilating buildings at each end, forcing air through a supply duct below the roadway, with an exhaust duct above the ceiling, pumping 4 million cubic feet per minute. Holland’s system would go on to be used in tunnels around the world.

Holland did not see his dream come to fruition. He died of a heart attack Oct. 27, 1924, two days before tunnel construction crews from the two sides met. The two ends of the tubes from New York and New Jersey were joined together without fanfare, even though Holland’s mathematical calculations led them to meeting within a fraction of an inch of each other.

The Holland Tunnel was formally opened on the afternoon of Nov. 12, 1927, by President Calvin Coolidge. Twenty-thousand people walked through the tunnel during a two-hour period and viewed the engineering marvel before it was opened to vehicles at midnight. The first cars to enter the Holland Tunnel from Manhattan carried chairmen of the New York State Bridge and Tunnel Commission and the widows of Holland and Freeman.

Holland is buried in the Palmer Street Cemetery in Somerset, MA. The Holland Tunnel was formally designated a National Historic Civil and Mechanical Engineering Landmark in 1984.