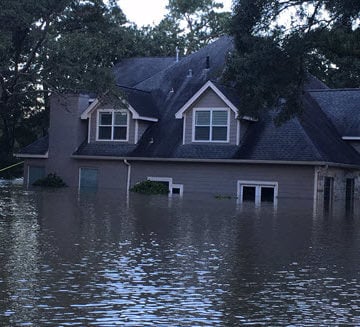 It’s always somewhere else until it’s not.

And even a flood expert like Gary Struzick, P.E., M.ASCE, isn’t immune.

“I thought for years, watching all these disasters across the country in different areas, I’m thinking, ‘Why don’t these people get out of the way? They know it’s coming,’” Struzick said. “And now it’s happened to me.”

He is a former ASCE Texas Section and Houston Branch president, as well as a Region Governor, recently retired from Klotz Associates after a lengthy career as a flood specialist.

But he never anticipated this.

“I’m a flood specialist. This is what I do for my job,” Struzick said. “So we bought a house that was well outside the 500-year flood levels, near some watersheds but high. 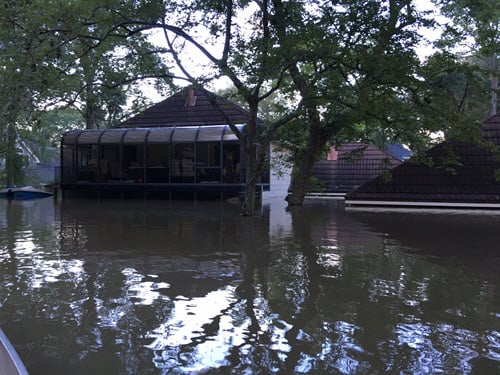 “It’s just something that happened so rapidly. It’s just an unprecedented storm.

“We were watching everything very, very carefully. The rainfall hit us overnight so hard. Even with the Corps regulating the two reservoirs, it still got us.”

Struzick’s house, on the high ground, stayed dry. Many of his neighbors weren’t as fortunate, and all the roads completely flooded, making travel to the outside world impossible.

Struzick joined the rescue team, traveling house to house in canoes and Jon boats and getting neighbors away to dry ground.

“We said, ‘We’ve got to get people out,’ so that’s what we did Sunday, Monday, Tuesday, and Wednesday,” Struzick said. “We were transporting people. One of my neighbors has water up to his roof. We were carrying people out, their dogs, their cats, their birds – it was a menagerie.” 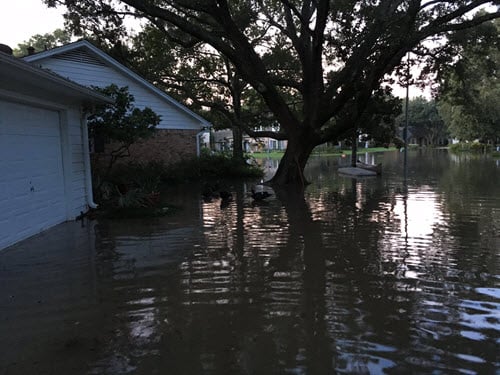 With no way to know when the streets will clear, Struzick and his wife left their home by foot Thursday to stay with family.

“I think everyone is doing a fantastic job from our local Harris County flood control, the Army Corps of Engineers that are regulating the reservoirs, to the federal government and our county judge and the city mayor and city council – they’re all doing a great job. We just have too much water,” Struzick said. “It’s going to take a long time.

“I just retired four weeks ago. I may need to go back and help people out before I’m truly retired.”