Future of Licensure in Good Hands With ASCE Members’ Leadership 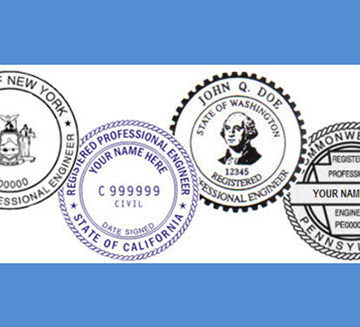 ASCE member Bobbie Shields could be at the beach basking in the glow of his retirement, but he’s not ready for sunsets. He’s excited about his newly appointed role on the North Carolina Board of Examiners for Engineers and Surveyors.

“When I retired from my government job I still had an interest in public service, and the area that came to mind quickly was the licensure matter,” said Shields, P.E., who lives in Charlotte, NC, and previously served as the engineering director and general manager of Mecklenburg County.

Shields first expressed interest in applying for the Board two years ago. He submitted an application to the governor’s office, went through a series of background checks, went before the state’s ethics commission, and was selected by North Carolina Gov. Pat McCrory this year.

“This may be a little strong, but I think we would be neglecting our duty if we didn’t get involved in public policy and get engaged in the licensure and regulatory process,” Shields said.

Shields, chair of ASCE’s Committee on Advancing the Profession, is one of many ASCE members who have taken leadership roles in shaping the future of professional licensure.

“What can be more important to our future than professional licensure?” asked ASCE Past President Daniel Turner, Ph.D., P.E., emeritus professor at the University of Alabama. Turner is president-elect of the National Council of Examiners for Engineering and Surveying and an emeritus member of the Alabama Board of Licensure for Professional Engineers and Surveyors.

The practice of civil engineering is regulated by the individual states, whose licensing laws and requirements vary. NCEES, a nonprofit organization of engineering and land-surveying licensing boards representing all U.S. states and territories, works to advance professional licensure and mobility across those jurisdictions.

ASCE member Mike Conzett, P.E., joined the Nebraska Board of Engineers and Architects 13 years ago and now serves as the NCEES president.

“The experience has been wonderful,” Conzett said. “There are many, many intelligent people serving on all of the state boards, and they all join together at the national level.”

Conzett believes strongly in engineering professionalism, and when he was a college student he saw that quality in the many licensed professionals who served as his professors. Getting his P.E. became his top priority.

“I saw licensure as something that would be held in high regard by the public and by employers because of the role we play in protecting the public health, safety, and welfare,” Conzett said. “It just became natural for me as a civil engineer to become licensed.”

His work now is driven by the desire to uphold licensure standards and pass them on to younger civil engineers just starting their careers.

“The engineering profession itself is a legacy for the next generation, and certainly licensure is a very important part of that,” Conzett said.

Turner, like Conzett, was inspired during college to respect the value of civil engineering licensure. He was married, working full-time, and attending school, so you’d think he’d be forgiven for missing one ASCE Student Chapter meeting.

Nope. A professor and mentor reamed him out for his absence. “He told me, ‘You don’t understand. You’re not studying to be an engineer; you’re studying to be a professional,’” Turner remembers.

“Then he added, ‘I’m not going to live forever, and when I die somebody’s got to take care of our profession.’ So that has been my mantra. I love our profession.”

If you would like to become more engaged in licensure activities within ASCE at the Section, Branch, or Society level or wish to learn more about your state’s board of professional engineering, please email Professional@ASCE.org for more information.