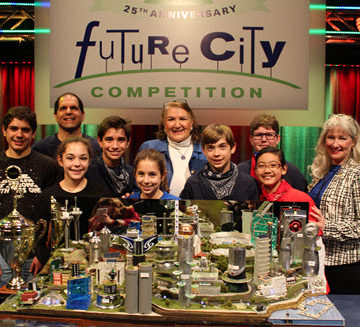 This year, though, the batch of finalists was so strong, there’s a good chance elements of these hypothetical cities will be found in our real future cities someday.

“These kids just astound me – the poise they have in answering our questions,” said ASCE 2017 President Norma Jean Mattei, Ph.D., P.E., F.SEI, F.ASCE, who served as one of five judges at the finals in Washington, DC.

“The teams came up with what a future city needs, and some of the ideas that they had we may actually use. They really did their research. Some of the ideas they put together in such a way that they’re unique. So we might see these things actually happen in the cities of tomorrow.”

Celebrating its 25th anniversary this year as one of DiscoverE’s signature Engineers Week events, Future City challenges teams of sixth-, seventh-, and eighth-grade students to research and develop a model city throughout the school year. More than 40,000 students took part around the world. 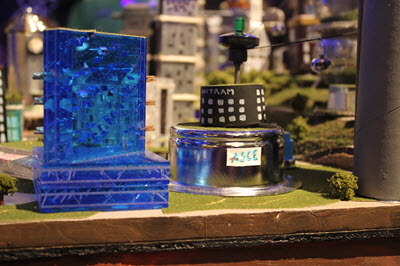 The West Ridge Middle School team included an ASCE logo on one of its prize-winning model buildings.

“It’s great to see the students’ excitement and enthusiasm,” Wittmer said. “And these kids are smart, beyond compare. If you hear some of the presentations they do, in answering the questions – the judges all yesterday, I was talking to them, they were all amazed at the students. It’s amazing what they can do.”

Each team designs a virtual city using SimCity, writes an essay, completes a project plan, builds a scale model of their city, and creates a short – often highly entertaining – presentation highlighting their city’s key innovations. This year’s theme was the Power of Public Space.

West Ridge Middle School in Austin, TX, came in first with its “Sociecity,” featuring an array of public spaces. Its Future City model included plenty of moving parts such as a mechanized transportation system and fountain – even an ASCE logo on one of the buildings.

“We talked about what a public space was, what you kind of want in a public space, and we all started brainstorming ideas,” said Hunter Samra, one of the team’s three finals presenters.

Emma Tyler, another presenter added, “We also started bringing in recycled materials and thinking what each one could be in our city, in our model. And then from there, we decided what our public spaces should be.” 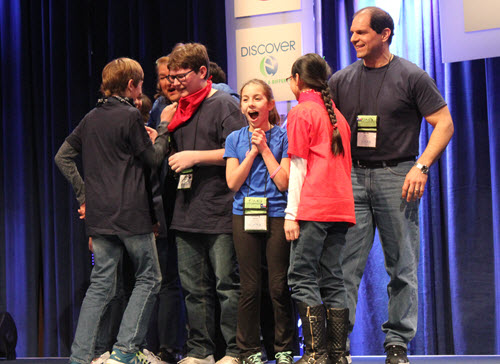 “And we also started real early with a bunch of prototypes of all of our moving parts and we really worked hard on that first,” said Tiffany Samra, rounding out the winning trio.

Two years ago, the Samra siblings’ older brother was a presenter for a West Ridge team that finished second at that Future City finals, so there is a bit of a dynasty in the works.

Learn more about Future City and how you can get involved.