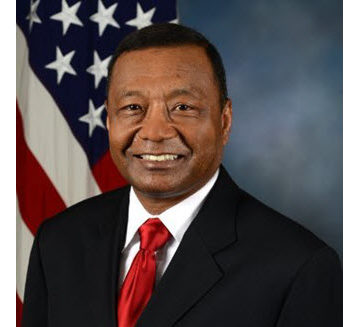 U.S. Army Lt. Gen. (Ret.) Thomas Bostick’s career reflects a deep commitment to our nation, a dedication to public service, and a host of accomplishments.

He served as the 53rd Chief of Engineers and Commanding General of the U.S. Army Corps of Engineers.As a combat engineer he oversaw wartime construction in Bosnia during the 1990s and in Iraq during the 2000s He retired with 38 years of military service. Bostick is a White House Fellow, Class of 1989-90, and served as special assistant to the first Secretary of Veterans Affairs, the Honorable Edward Derwinski. Bostick was the recipient of the 2015 White House Fellows John Gardner Legacy of Leadership Award. The list goes on and on.

ASCE is honoring him this week as the recipient of the 2017 Outstanding Projects And Leaders Award for Government.

But if you really want to get him talking, ask him about softball.

Early in his career, Bostick was a company commander stationed in West Germany, and the soldiers he led were notorious for struggling to pass maintenance inspections. Bostick got them playing softball.

But on the softball field, those bonds solidified. The company’s unified work started to show in their maintenance inspections. And the teamwork showed on the field.

“We were a ragtag kind of outfit,” Bostick said. “But we started getting pretty good. So we’re in the U.S. Army Europe championship tournament, and day one, we got beat on the 10-run rule. We went to the loser’s bracket, and we start winning. We win and we win and we win.”

Bostick gave them two choices – skip the trip and play the game, or forfeit the game and get on the bus with the second-place trophy. One of the sergeants spoke up.

“He said, ‘Sir, we’ve made a decision,’” Bostick remembered. “‘There’s a third option. We’ve decided we’re going to play this game, win by 10, end early, and make that trip to Rome.’

“I had tears in my eyes, I couldn’t believe it.”

The team went on to win the U.S. Army Europe Championship by the 10-run rule and made that trip to Rome.

“I said, ‘Now don’t go telling your boss you’ve gotta play softball,’” Bostick laughed. “But it’s true – if you don’t have a good team, you’re not going to solve the impossible.”

Bostick has spent his entire life solving the impossible.

A proud proponent of lifelong learning, he has taken to each stage of his career with the same approach – educate yourself, train those around you, unite everyone as a team.

“It’s a fundamental belief of mine that people want to do well, but they can’t if they don’t know what they’re doing. They’re smart people, but they need to be specifically trained. That’s why I educate myself,” Bostick said. “I can’t do what I need to do if I don’t understand it.”

As the Corps’ 53rd Chief of Engineers and Commanding General, Bostick oversaw more than 32,000 civilian employees and 700 military personnel working in more than 110 countries around the world. He was responsible for construction programs budgeted at more than $104.5 billion, largest in Corps history. During his tenure, Bostick also developed alternative financing strategies for water resources infrastructure, including the first public-private partnership among a recommended $20.7 billion in water resources improvements.

Along with finding employment for wounded warriors, transitioning soldiers and other veterans, Bostick made STEM and diversity outreach priorities in the overall Corps strategy. He started an aggressive knowledge management program. He remains active on the advisory boards for West Point’s Department of Civil Engineering and its Department of Systems Engineering, as well as the American Society of Military Engineers.

He also served as commanding general for the Army’s recruiting command, where he initiated a new team concept of recruiting. He continues to learn in a team environment, even in retirement, as part of the Intrexon Corporation, working to find a cure for the Zika virus.

“I’ve always had this competitiveness,” said Bostick, who was an All-Army powerlifter during his days as a young officer. “I’m fairly quiet. Left to my own devices, I’m pretty reserved. But I have a motor inside of me that’s very competitive.