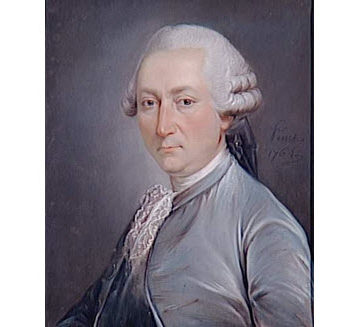 February marks the anniversary of the death of French structural engineer Jean-Rodolphe Perronet.

February marks the anniversary of the death of French structural engineer Jean-Rodolphe Perronet, renowned for his stone arch bridges, particularly the Pont De la Concord in Paris. Perronet advanced bridge design by integrating Gothic building principles, in which each arch thrust against its neighbor, enabling spans to be increased, arches flattened, and structures lightened.

Jean-Rodolphe Perronet was born Oct. 27, 1708, in Suresnes, a suburb of Paris. In 1725, at the age of 17, he became an apprentice in the office of Jean Beausire, Architect of the City of Paris. In that role, Beausire served as chief of public works for Kings Louis XIV and Louis XV, responsible for roads, sewers, and buildings, and was architect of all public fountains constructed in Paris during that time. Ten years later, Perronet was admitted to the Corps des Ponts et Chaussées (Bridges and Highways Corps) and appointed assistant engineer of Alençon, in Normandy, then was promoted to chief engineer within two years.

In 1747, Perronet was called to Paris to accept a position as director of the newly formed Bureau des dessinateurs du Roi (Royal Office of Designers), with the task of training and overseeing bridge and highway engineers, a position that he held until his death, almost 50 years later. In 1775, the prestigious engineering school was renamed École des ponts et chaussées, and is now École des ponts ParisTech. Without a lecturer, 50 students initially taught themselves geometry, algebra, mechanics, and hydraulics. Training, which was usually four to 12 years long, included visits to building sites, cooperation with scientists and engineers, and participation in the drawing of the map of the kingdom. 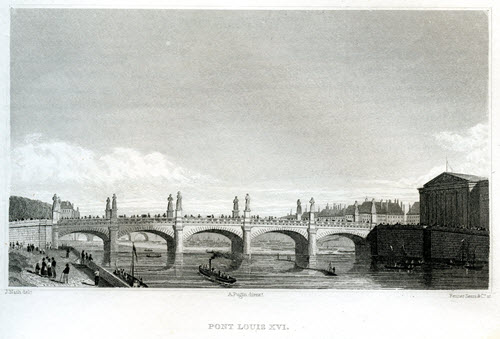 During construction of a bridge at Mantes in 1763, Perronet made a discovery that revolutionized stone bridge building. With two arches under construction, one almost complete and one just begun, Perronet noticed that the thrust of the finished arch caused movement of the pier toward the other arch. He reasoned that the arches depended upon each other for thrust and that piers were only needed to support vertical load. He continued to reason that the thrust could be transferred through a series of arches to the abutments at the edge of the bridge.

Prior to Perronet’s revelation, piers were sized to accommodate the full load of a single arch. Perronet’s discovery meant that piers could be reduced in size, lessening interference in the waterway, and reducing scour from eddies. After completion of the bridge at Mantes in 1765, Perronet applied his theory of slender piers to the Pont de Nuilly across the Seine, in the western suburbs of Paris. It consisted of five spans of 120 feet each, stretching between piers that were only 13 feet thick, giving a light and open appearance. Perronet reduced the ratio of pier thickness to span from 1/5 to 1/9.3.

Perronet’s masterwork was the Pont de la Concorde crossing the Seine at the Place de la Concorde, the largest square in Paris. Conceived in 1772, but not begun until 1787 due to political caution, Perronet personally supervised its construction into his 80s. Construction of the bridge continued amid the turmoil of the French Revolution, using stones taken from the demolished Bastille for its masonry. Pont de la Concorde was Perronet’s last and considered most important work, and is his only known surviving bridge.

In addition to his bridge design, Perronet participated, with the technical support of Chézy, in the project of the Burgundy Canal from 1764 to 1775, and that of the water management of Yvette and Bièvre in Paris in 1775. He also contributed to the first general encyclopedia to describe the mechanical arts – Encyclopedia, or a Systematic Dictionary of the Sciences, Arts, and Crafts, edited by Denis Diderot.

Jean-Rodolphe Perronet died on Feb. 27, 1794, in Paris at the age of 85, about a year after most of the work on the Pont de la Concorde had been completed.