Dr. Martin Luther King Jr. was a champion for civil rights, a great motivator, and an exceptional leader. My awareness of Dr. King’s contribution to the country had always been limited to a brief chapter in my high school modern history class. On a recent trip to Memphis to attend the ASCE Annual Conference, I visited the National Civil Rights Museum and left with a new perspective on Dr. King’s achievements.

I coincidentally arrived at the museum in time to join some Occupy Memphis protesters and participants in the GhandiKing Conference on peace and justice in a brief ceremony. The event included presentations by local civil rights leaders and a powerful performance by acclaimed musician Kirk Whalum. We were treated to a soulful rendition of Amazing Grace that segued into We Shall Overcome. The smooth jazz flute was joined by the emotional voices of the weathered peace activists filling with joyous sound a small rotunda lined with Dr. King’s famous remarks. It was a powerful way to kick off the journey through Dr. King’s life and legacy.

The National Civil Rights Museum is located within the Lorraine Motel, the site of Dr. King’s assassination. Visitors are guided on a chronological tour of the fight for civil rights from the founding of the nation to Dr. King’s untimely death. At the climax of the tour, you can peer through King’s hotel room at the infamous balcony on which he lay. Across the street you can ascend to the bathroom from which the fatal shots were allegedly fired and learn more about the international manhunt for the killer and the associated conspiracy theories. 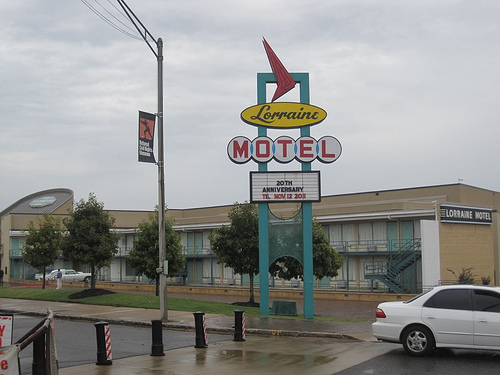 As a child, Martin Luther King attended segregated public schools in Georgia. Always precocious, he graduated high school at age fifteen.  Dr. King pursued theological studies like his father and grandfather before him. His intellect enabled him to earn a doctoral degree from Boston University. He could have become a high power lawyer or worked on Wall Street. Instead, Dr. King devoted his life’s work to attaining social equality and improving lives. In 1954, Dr. King became pastor of the Dexter Avenue Baptist Church in Montgomery, Alabama. Just one year later, he took a leadership role organizing bus boycotts. The non-violent protest lasted 382 days until the Supreme Court of the United States declared unconstitutional the laws permitting segregation on buses. Although Dr. King was arrested and abused and his family was threatened, he maintained his determination to see justice prevail.

Dr. King helped organize and served as the first president of the Southern Christian Leadership Conference (SCLC). As leader of this institution dedicated to shepherding the civil rights movement, Dr. King urged the use of Gandhi’s non-violent methods of protest to advance the cause. Televised accounts of segregationist violence and harassment of civil rights workers eventually drew sympathy from a majority of Americans.

In Birmingham, Alabama, Dr. King’s strategy was put to the test. The city was highly segregated and several policies promoted economic discrimination. In addition, the police chief was outspoken in opposition to desegregation. SCLC leaders expected an overreaction by the Birmingham police; they faced high-pressure jets and police dogs. Although some bystanders attacked the police, Dr. King’s fame as a peaceful leader grew immensely, meanwhile the captain of the Birmingham Police lost his job.

In 1963 the SCLC helped organize a massive rally in Washington, DC. This event provided the stage for the famous “I have a dream” speech. Largely peaceful, some civil rights activists felt that the march mischaracterized the brutally physical nature of the ongoing struggle for equality. The following year, Congress passed the landmark Civil Rights Act of 1964.

Dr. King’s activism continued as true racial equality would forever remain elusive. Soon the Vietnam War dominated the public discourse. Dr. King was adamantly opposed to the military action, and this earned him more scrutiny from public officials and the CIA. Instead of foreign wars, Dr. King preached that resources should be allocated to the homegrown war on poverty. The SCLC mounted a crusade against economic injustice christened the Poor People’s Campaign.

In April of 1968, Dr. King went to Memphis to support striking garbage workers and other victims of economic inequality. An earlier attempted peaceful march through the city had failed, but Dr. King was committed to personally leading the charge for economic justice.  On April 3rd, Dr. King attended a rally at Mason Temple at the behest of his colleagues. There on a stormy night he delivered the “I’ve been to the mountaintop” address. The final stanzas of his speech eerily recognized the risk he faced and the likelihood that he would not live to see the fruits of his labor. At 6:01 on April 4, 1968 Dr. King was assassinated while standing on the balcony outside room 306 at the Lorraine Motel. Just earlier, he had been speaking candidly with his friends. The Reverend Ralph Abernathy was the first to reach Dr. King’s side. The tour of the National Civil Rights museum begins with Rev. Abernathy’s emotional account of their last moments together.

A worldwide manhunt for the killer ensued. James Earl Ray was apprehended at London’s Heathrow Airport. On the advice of his attorney at the time Ray plead guilty. However, he quickly thereafter began to profess his innocence and gave many conflicting accounts of co-conspirators and his framing, thus giving credence to many conspiracy theories. The second half of the museum, housed within the building from which Ray allegedly fired the death shot, presents the government’s case and tackles the conspiracy theories. Visitors may draw their own conclusions.

Just three hours at the National Civil Right’s Museum will guide you through some of the most dramatic struggles in American history – an emotional rollercoaster. Dr. King’s challenges, victories, and untimely death are fully chronicled. I was most surprised by his work on economic policy. I can imagine Dr. King today speaking out about the economic inequality that continues to plague the nation. He was a remarkable man whose leadership would be as valuable today as in the civil rights era.