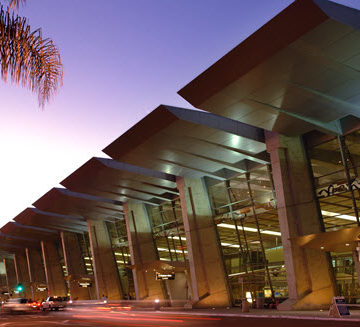 By land, by water, and now by air.

Owned by the San Diego County Regional Airport Authority, the landside development is the 13th project in North America to receive an Envision rating system award from ISI, which was cofounded in 2011 by ASCE, the American Public Works Association, and the American Council of Engineering Companies.

“Earning the Envision Platinum award for the project’s landside improvements – and being the first airport in the world to do so – demonstrates the airport’s commitment to taking a holistic approach to planning projects responsibly.”

Learn more about Envision and ISI at sustainableinfrastructure.org.