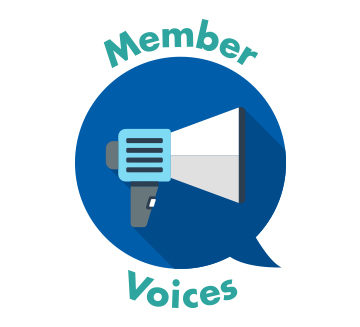 Gyan Shrivastava, Ph.D., P.E., M.ASCE, received his civil engineering education at the Indian Institute of Technology in Delhi, Imperial College in London, and the University of the West Indies in Trinidad. He is a Chartered Civil Engineer in the United Kingdom.

He spent seven years in design and construction before commencing a career in academia. In 2015, he retired as a professor of hydraulic engineering at the University of the West Indies.

In this edition of ASCE Member Voices, Shrivastava recalls a muddy project in the early 1980s and the way it forever changed his career direction and perspective. 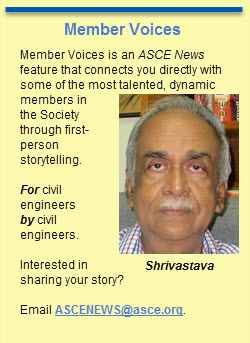 In March 1980, I joined a firm of consulting engineers in Trinidad. My first assignment was to explore the feasibility of using the right-of-way of Trinidad’s defunct railway system for a bus route.

It required walking along a hundred miles of railway track to assess the condition of culverts, bridges, and embankments. This walk, joined by two assistants, was completed over a period of four weeks. Walking under a tropical sun was arduous, but it afforded memorable views of the countryside. Moreover, it was difficult for me not to reflect on a colossal lack of vision in abandoning Trinidad’s railway in the late 1960s in preference for roads, which were clogged by vehicular traffic.

The engineering report that ensued made two observations. First, there was the amazing power of nature in undoing man’s work. Long segments were taken over by trees or had landslips, and bridges and culverts were dilapidated. Second, there were squatters, who had taken over even longer segments. Their houses displayed permanence. The conclusion was that no more than a quarter of the defunct railway’s right-of-way was readily available for a bus route.

The site became a pool of mud and remained so for the rest of the year. One Friday afternoon, I foolishly walked alone to verify the contractor’s claim for additional work. Suddenly, in a distant section of the L-shaped site, my feet sank deep in mud and I could not come out.

After eight months I was appointed Resident Engineer for the construction of an industrial estate in Trinidad. This project required the construction of roads, drains, culverts, a water supply network, and a sewage system. Incredible as it sounds, 80 acres of primeval tropical forest were completely cleared of trees and the land was graded to specification. An opportunity was lost for saving a few grand old trees to provide green spots in an otherwise stark industrial landscape.

A contractor, whose biggest accomplishment to date was building a primary school on an acre of land, had won the contract. The construction sector was booming in an economy awash with petro dollars. There was a shortage of manpower and the chosen contractor, henceforward referred to as the contractor, was the best bidder. Not surprisingly, constructing the industrial estate proved beyond the contactor’s management capability. To make matters worse, the contractor did not employ a civil engineer, on the pretext that none could be found.

The work began with a controversy over the site office, which was initially built as a hunters’ shed in a forest. After protest, it was replaced by something endurable. The importance of a purpose-built site office, for higher productivity of staff (client/consultant/contractor), was unfamiliar to the contractor. As the work progressed, the working conditions became confrontational because of the contractor’s tendency to cut corners. Added to this, the contractor did not always pay his workers on time.

When progress fell behind schedule, the contractor was forced to hire Tamura, a Japanese civil engineer. He had studied at the University of Osaka and, in his youth, had witnessed the after-effects of the atomic bombing of Hiroshima and Nagasaki. He gained experience in earthworks for the construction of the Itaipu Dam on the Parana River, at the Brazil/Paraguay border. From there, he came to work on the construction of the Arena Dam in Trinidad. He had an expression of placid acuteness. He brought method and discipline.

The year 1981 was an abnormally wet year. There was no dry spell, even during the dry season. The site became a pool of mud and remained so for the rest of the year. One Friday afternoon, I foolishly walked alone to verify the contractor’s claim for additional work. Suddenly, in a distant section of the L-shaped site, my feet sank deep in mud and I could not come out.

It was a worrying situation, with the sun about to set and no one within sight or hearing distance. To my relief, I saw a figure coming toward me with a wooden plank on its head. It was Tamura. He had seen me walking out onto the site and was searching for me through his vintage World War II Army surplus binoculars. He rescued me minus my Wellingtons. In the following months, he helped others in different ways. For him, good deeds were the lone protection against the invisible dangers of the world.

Tamura displayed immunity to recurrent verbal abuse by the contractor for adhering to the specifications of the contract. However, one afternoon there was a commotion in the office next door, and Tamura was seen walking away with his backpack. His countenance spoke volumes, and when I tried to speak with him he shrugged me off with a wave of his hand. Evidently, the state of affairs had exceeded even his exceptional limits of endurance.

Life has its undercurrents. At the time of the commotion, a newly constructed concrete box culvert had collapsed at a housing estate elsewhere in Trinidad. It happened when a truck, owned by the contractor, passed over it. The accident damaged the truck and its cargo, and injured its driver. These brought to the fore workmen’s compensation and the likelihood of litigation. While visiting the scene of the disaster the contractor at last understood the implications of health, safety, and reputational risk. Tamura was beseeched to return.

For a civil engineer, construction management is a battlefield of ethics and self-interest, and it takes its toll on body and mind.

Tamura, in his monthly progress reports, classified errors in construction as follows: deficiency in design was knowledge based; poor workmanship was skill based; and a failure to test construction materials (bitumen, concrete, steel, and timber) beforehand was rule based.

Over the years, life demonstrated an analogy with the aforesaid errors in the medical profession: a physician can make a wrong diagnosis due to lack of knowledge; alternatively, a knowledgeable surgeon can put a patient at risk due to poor surgical skill; and a surgeon’s good knowledge and skill alone are not sufficient if the rules for care of patients after surgery are not followed.

For a civil engineer, construction management is a battlefield of ethics and self-interest, and it takes its toll on body and mind. In June 1982 the project was completed. I was looking for an alternative, and in September joined the University of the West Indies as a lecturer in fluid mechanics with its Faculty of Engineering.

Tamura, in parting, recommended seeing the Iguaçu Falls at the Brazil/Argentina border – to see the majesty of the Higher Authority. He had been to these waterfalls during the construction of the Itaipu Dam. In 2010, I attended the 11th Pan American Congress of Applied Mechanics at Foz do Iguaçu, 20 miles from the Iguaçu Falls. Looking at the immensity of flow descending at Garganta Del Diablo within panoramic Iguaçu Falls, I understood what Tamura had meant.

One evening, the conference participants attended a function at the viewing platform of the Itaipu Dam, which is six miles from Foz do Iguaçu. The spectacle of a floodlit dam generating 14,000 MW of electricity (enough to meet the demand of New York City) and its flip bucket spillways dissipating roaring jets of water into clouds above the Parana River affirmed the words, “…the profession of a Civil Engineer, being the art of directing the great sources of power in Nature for the use and convenience of Man.”

In retrospect, the 80 acres of mud were acres of awakening!