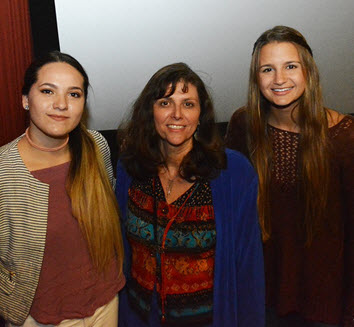 She decided the best way to celebrate the prize would be to organize and host a major event for more than 400 happy attendees at the Collection Riverpark in Oxnard, CA, featuring two screenings of the film and two scholarship presentations from her company.

“I do a lot of outreach anyway,” Alvarez said. “One of my things, I feel I need to give back to the community. I didn’t know initially we were going to have it at a theater and make it a big event. It just kind of evolved as we discussed it. I thought it was a great idea. It really tied in with what I’m passionate about.” 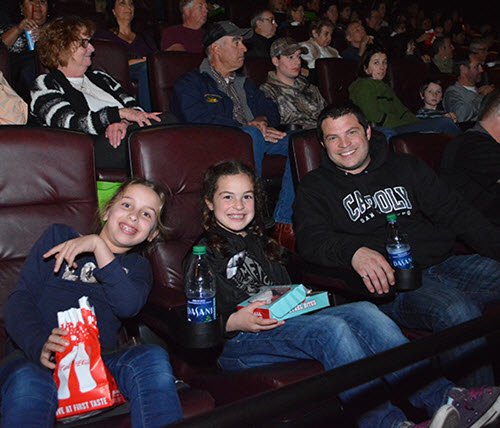 ASCE Santa Barbara-Ventura Branch President and scholarship Judge Ben Fischetti gets set to enjoy the film with his daughter Stevie and niece Fiona.

Dream Big, presented by Bechtel and produced by MacGillivray Freeman Films in partnership with ASCE, premiered Feb. 17 at giant-screen theaters around the world.

Once Alvarez learned of her Dream Big Contest prize a year ago, she set to work planning her event. She decided on the XD large-format theater at the Collection mall. Then she decided to have her company award two scholarships of $750 each to young women pursuing engineering or agricultural degrees. More than 50 applications poured in. Meanwhile, a wait-list for the movie screenings ballooned.

“I belong to a lot of associations,” Alvarez laughed. “I went to a lot of meetings the last few months announcing it.”

Alvarez recruited student volunteers from nearly ACE Charter High School to staff the event. There was a selfie-station, and even a “green” carpet – combining the Hollywood vibe of Dream Big with Alvarez’ sustainability engineering.

The main event – the film itself – had lines wrapped around the building.

“It was awesome. It was incredible. I loved it,” Alvarez said. “I heard nothing but excellent comments. Everybody enjoyed it. I talked to quite a few educators, asking where they could take their kids to see it. Lots and lots of interest.” 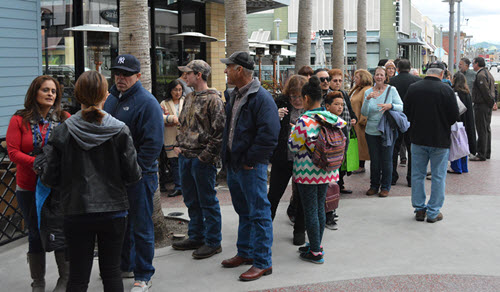 The lines wrapped around the theater.

ASCE’s Dream Big Contest rewarded three Society members who remain inspired by their civil engineering dreams. Alvarez is a native of Chile who was raised in Florida and started a consulting business with her father in 1986. YCE Inc. provides land surveying and civil engineering services to environmental developers, agribusiness farmers, residential property owners, and large-site developers.

While Alvarez returns to her day job, more than 400 people in her Ventura, CA, community will have fond memories of sharing in her Dream Big Contest dream prize.

“It was awesome,” Alvarez said. “I really think a lot of people got a lot out of it – which is the whole point, right?”