Decade of Work Pays Off in Peloponnese Coastline Motorway 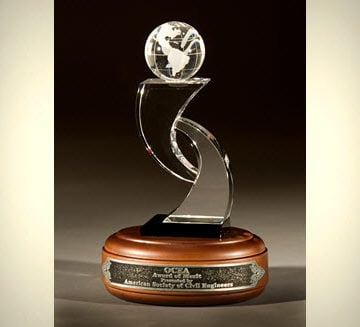 Last year “The Highway of Death” came to its own end. Today in Greece, after a decade of Herculean efforts, a motorway with no such epithet traverses the highly seismic northern coastline of the Peloponnese, and all who ride there can do so safely and rapidly.

The Olympia Odos Motorway has been honored by ASCE as a finalist for the 2019 Outstanding Civil Engineering Achievement award, the Society’s preeminent project honor.

The final embracing of coast and road is indeed a wonder considering the hampering effects of the country’s various political and financial challenges during the last decade. Twice progress was interrupted, each time for more than one year. But the utmost in cooperation between state, concessionaire, lenders and their advisors, and the design-builder, resulted in the Olympia Odos Motorway finally becoming part of the Trans-European network.

About 120 of the motorway’s 202 kilometers were constructed on top of and around the old national highway, which dates from the 1960s, while keeping it fully operational. Relocation of large-scale public utilities, 16 km of new tunnels, the salvaging/retrofit of existing structures – all would become necessary. 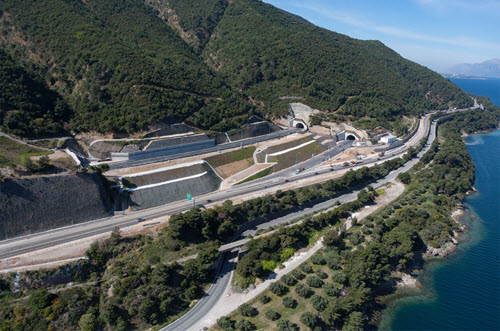 The life quality of smaller, previously isolated communities has been dramatically improved by gaining access to administrative, economic, and medical services, coupled with the ongoing development of new, hybrid tolling mechanisms that will offer a more socially equitable system based on actual distances traveled.

Besides the extreme seismicity and faulting, landslides are common in the area, and the Corinth–Patras section was constructed under a particularly unstable geological environment. However, this had an unforeseen benefit: the project is now a “library” for retaining structures, since all known methods and their combinations are used along the stretch.

Meetings of the modern and the ancient can bear “forever fruit.” Consider the Temple of Demeter. The investigative trenching by the P3 project – an agreed-upon precaution from the start – led to the discoveries of an 80-ton ancient tomb, the prehistoric settlement at Kyrenia, and the shrine of the goddess herself. No fewer than five design modifications were made to protect previously buried important archeological resources.

Between sea and mountains, residents observed the progress of over 3,500 laborers, within their constricted staging. And motorists who had endured some twisty rerouting can now be thankful for the priceless outcome of an almost 90 percent reduction in fatalities.