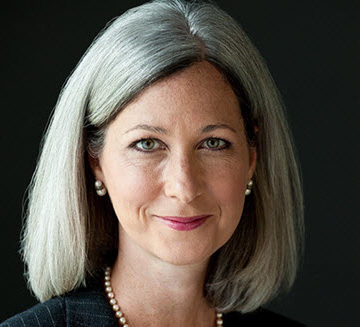 This much we know.

So, it’s probably wise to listen to Marci Rossell, Ph.D., former chief economist for CNBC with experience in both the private (OppenheimerFunds) and public (Federal Reserve Bank of Dallas) sectors.

Rossell will bring her expertise to the ASCE 2017 Convention as the keynote speaker, Oct. 9 in New Orleans. In a conversation with ASCE News, she sized up the current state of civil engineering economics.

ASCE News: What’s your sense of the current economic climate as it relates to the civil engineering industry?

And so it’s been a long, slow climb for the economy back from that experience. It has just now gotten to the point where it appears as if things are starting to turn a corner, just a little bit, on investment spending overall. And this is probably a positive sign for the civil engineering community, because with investment comes activity and infrastructure spending and all the things that contribute to general economic expansion. But it’s been a long, slow – really 10-year – recovery process.

It’s remarkable just how devastating that shot to the economy was. When you look, consumer spending bounced back pretty quickly. But the business climate and the climate for big projects and big capital spending, it simply never recovered to the extent that you would expect, given how low interest rates have been.

Interest rates fell to basically zero. Money is essentially free in our economy and has been for 10 years – that would be typically be the ideal climate for large projects. And instead you just haven’t seen the recovery that everyone was expecting despite all the priming of the pump that the Federal Reserve has been doing.

And perhaps it just speaks to the severity of the original crisis, more than anything else. You have a patient that has a life-threatening heart attack almost to the brink of death, it’s gonna take a while to come back from that.

ASCE News: But it does sound like you see some positive signs on the horizon. What growth areas do you see for civil engineers?

So if you asked me where’s the next big thing? It’s the Uber-ization of consumer goods.

Whenever there is an innovation of some sort that brings about growth in a sector then the spending, the investment, the projects follow. So if you ask me where can we look to going forward? I think it lies more on the consumer side with projects around distribution. So if you asked me where’s the next big thing? It’s the Uber-ization of consumer goods. You think about drones and the ability to deliver to your door what you need… If you look to the growth, that’s where the money tends to follow.

ASCE News: With seemingly so many things in flux right now with the new presidential administration and promised infrastructure investment, what advice do you have for civil engineers, whether it be business owners or younger professionals still developing their skills?

Rossell: I think there was a lot of enthusiasm with the new administration and the prospect for new infrastructure projects. We all know based on the work that ASCE has been doing that we need $4.5 trillion worth of infrastructure spending by 2025 just to get us to a grade of “B” on the Infrastructure Report Card. So we know there are giant infrastructure needs, particularly infrastructure that only government can provide.

I think sometimes we might look to the safety of projects that are government-funded, when in fact the future lies beyond that, in things that might be a little riskier.

You can want to spend $1 trillion on infrastructure in the new budget, but the reality around that is there are so many other competing interests, particularly in a society like ours where people are aging. The taxpayer money simply isn’t there at the government level. And that’s a reality that doesn’t go away anytime soon.

So if the government money isn’t there, then I think you have to look to the private sector for the biggest innovations, the biggest changes, the biggest spending. That’s the advice I would give people. We’ve been hoping the government was going to do the yeoman’s work here, but I personally don’t think that’s going to happen. I don’t see how the numbers and the budget figures ever add up to make that happen.

With that being said, I would still encourage young civil engineers really to take risk. I tell that to not just civil engineers but to all young people. As an economist, when I look out there, I believe in the risk-return tradeoff, whether it applies to the stock market or your personal life or your career. I think sometimes we might look to the safety of projects that are government-funded, when in fact the future lies beyond that, in things that might be a little riskier.

2 Comments
Leave a Reply to masticoopon.com