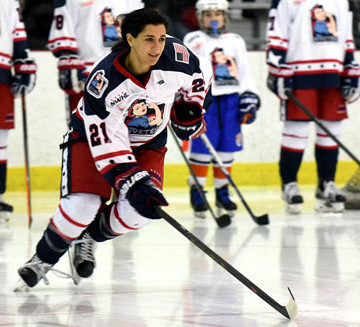 Gabie Figueroa will speak at the ASCE 2016 Convention closing session.

It was right around the time she took a meeting with NHL legend Mark Messier to talk about designing the world’s largest hockey facility that Gabie Figueroa took note of just how good her life was.

Figueroa, A.M.ASCE, was living the dream in New York City – civil engineer, professional women’s hockey player, work with Mark Messier – all by the age of 24.

As the ASCE 2016 Convention’s Closing General Session speaker, Oct. 1, in Portland, OR, Figueroa plans to talk about how she’s achieved so much so quickly and how she balances it all in her schedule.

“Last year was exhausting,” she said, laughing, “but it was the best year of my life.” 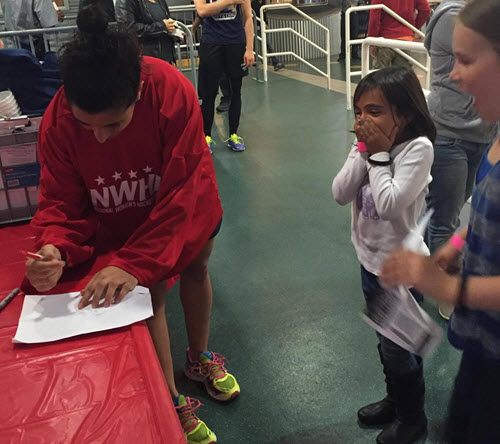 Figueroa revels in her opportunity to serve as a role model for girls.

Figueroa graduated in 2014 with a degree in structural engineering from Princeton University, where she also played four years on the women’s ice hockey team. She secured a job in New York as a project engineer in construction management with Gilbane Building Company, and figured her days on the ice were over.

Little did she know.

She got a call from the newly formed National Women’s Hockey League – the world’s first paid professional women’s hockey league – asking if she’d be interested in signing to play with the New York franchise. Yes, yes she was.

Figueroa didn’t give up her day job as a civil engineer, continuing project work while going to team workouts and film sessions in the evening, practicing often past midnight. 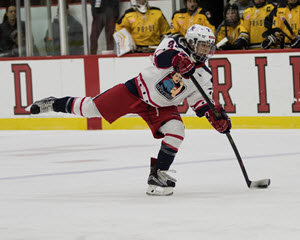 Figueroa lines up a shot during a New York Riveters game.

“Growing up I spent many hours shooting pucks in my driveway, skating, and working out when no one was watching,” Figueroa said. “Getting the opportunity to play hockey after college was rewarding.”

Figueroa revels in the chance to serve as a role model for girls both on and off the ice.

“A player I was coaching this spring came up to me and said, ‘Gabie, my dad told me that you’re an engineer and that you went to Princeton; that’s so cool!’” Figueroa said. “Even more rewarding than seeing my dreams come true is inspiring young girls to follow their passions.”

Learn more about the complete program of sessions, courses, and tours at the ASCE 2016 Convention and register today.