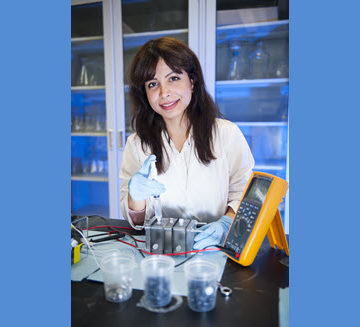 Every career is driven by a dream. It’s just that in civil engineering, those dreams tend to be a bit larger than in most professions.

ASCE’s Dream Big Contest is celebrating those big dreams, along with the forthcoming ASCE giant-screen movie Dream Big: Engineering Wonders of the World, produced by MacGillivray Freeman Films with Bechtel Corporation as a presenting sponsor.

Society members can enter to win one of three prizes – including a trip for two to a Dream Big location shoot in Dubai or Venice, a trip to MacGillivray Freeman’s Laguna Beach, CA, headquarters for an exclusive rough-cut screening of the movie, or a Dream Big premiere hosted by the winner in their community. The deadline to enter is Feb. 2.

The contest entry form includes a voluntary field for members to share a “dream” that their civil engineering career made a reality. It’s not required of the contest, as winners will be selected by a random draw, but many members chose to include dreams that provide plenty of inspiration.

Elise Ibendahl, P.E., M.ASCE, grew up in a family of engineers. But she also was a talented musician – a classically trained singer with 17 years of piano lessons. What to do?

“I think I’ve always had interest in both music and engineering. Mozart, Bach – it’s all math,” Ibendahl said. “I made a pros and cons list. When I realized I was making such a detailed list I thought, ‘OK, I should probably be an engineer and not a musician.’”

That “dream” proved to be the right call. She now works as the regional technical lead for flood management at CH2M in St. Louis.

It’s fitting because her engineering dreams were inspired by what she calls “this amazing, geomorphically perfect” creek near her childhood home.

“I always wanted to do something with water,” Ibendahl said. “And now I get paid to play in the creek.”

Saty Satyamurti, Ph.D., P.E., P.Eng, M.ASCE, wasn’t feeling right. Retired life was not sitting particularly well with him. So he revisited a dream he hatched more than four decades earlier.

“I was feeling uneasy not doing anything,” said Satyamurti, who could have rested on his laurels as a well-decorated ASCE Life Member.

“I felt it was the best time to go back and finish my doctorate.”

Satyamurti grew up in India and earned his bachelor’s in civil engineering at the University of Madras in 1957. He then worked and taught in India, worked on two airports in Jamaica, and taught in Toronto. After completing his master’s degree in transportation at the University of Toronto, he moved to Texas in 1979 and held several positions with major firms in Houston and was the projects controls manager for Parsons Corporation in Seattle.

But there was still that lifelong dream of a Ph.D.

So on Jan. 19, 2002, Satyamurti began his first class at the University of Texas at Arlington. Five years later he earned his doctorate at the age of 72. His dissertation was on the operation of the perimeter taxiway at DFW Airport.

Bahareh Kokabian, A.M.ASCE, grew up in Tehran, Iran, longing to do something to fight pollution.

She moved to the United States in 2012 to study environmental engineering at Mississippi State University and recently completed her doctorate.

“Moving is really hard, especially when you move from your family and friends and your country,” Kokabian said. “But it has had value for me. It has been a good time. I have grown up a lot during these years.”

Kokabian has worked hard to network throughout the industry, attending conferences and participating in university physics competitions. With her doctoral research on redeveloping waste and wastewater complete, she is ready to continue dreaming big.

“Environmental engineering has given me the chance to reach my dream to develop the design of new technological water and wastewater treatment plants that can generate energy.”

Brian Liebeskind, EIT, A.M.ASCE, had the beginnings of engineering dreams around him as a child in Basking Ridge, NJ. He enjoyed engineering camp, and he loved designing his own virtual societies on the SimCity computer game.

It wasn’t until a college co-op program that he knew for sure where he belonged career-wise.

“That was really rewarding, knowing that I made the right decision going into civil engineering and had found something I enjoyed,” Liebeskind said. “In terms of being able to have the most impactful career and utilize my creativity, engineering was the best route to achieving those things.”

Liebeskind now works as an engineer for Paulus, Sokolowski and Sartor LLC in New Jersey.

Charles “Bob” Leitzell, P.E., M.ASCE, graduated from California, Berkeley in 1950 with no idea where his civil engineering dreams – and new degree – might take him.

The answer, as he soon learned, would be cold.

“I got a job with the Alaska Road Commission,” Leitzell said. “I hired on with them sight unseen. I had never been to Alaska, and they had never seen me, but they were anxious to get people.

“Let me tell you – it’s cold in Alaska in November.”

Leitzell fought temperatures often hitting 25-below to help survey for a proposed road and construct the first road to Cordova, AK, on an abandoned railroad grade. Save for a time when he and his crew were stranded in an old section house for about a week before being rescued, Alaska suited Leitzell well and he went on to design and build several bridges around the territory.

“It means a lot,” said Leitzell, an ASCE Life Member. “It’s nice to see what you’ve accomplished physically, and that’s what you do when you design roads and bridges. You get to see what you’ve completed in your life. It really makes you feel good, that sense of accomplishment.”

Leitzell accomplished much more, including work on the Golden Gate Bridge, time as the director of public works for Calaveras County, CA (of celebrated jumping frog fame), and the success of his own traffic engineering consulting business in northern California.

He still works from time to time as a consultant and enjoys volunteering with his wife for various community organizations.

“There’s more to do when you’re retired than before,” Leitzell laughed.