Concrete Canoe: By the Numbers 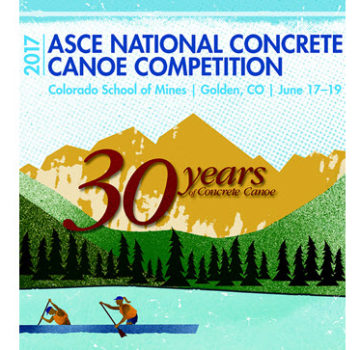 The 2017 ASCE National Concrete Canoe Competition celebrates its 30th year when teams convene on the Colorado School of Mines this weekend in Golden, CO.
Take a look back on three decades of history, fierce competition, and mind-boggling records.

Only 2nd-Place Qualifier to Win National Competition: Florida Institute of Technology’s “Chip Off the Old Block” (1997)

Sponsorship Money Awarded: As of 2016, the sponsors have awarded $261,000 in prize money. Twenty-two schools have received scholarship awards.