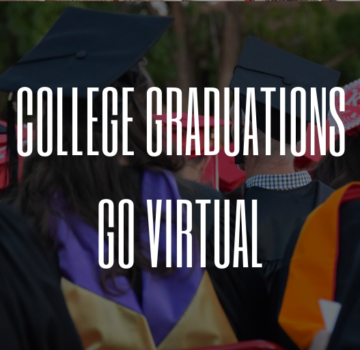 Abby Cowser has one last assignment to complete as a college student.

She needs to figure out what she wants for graduation dinner.

“My mom said she’ll cook me whatever I want, so that’s a plus,” Cowser said. “I might pick chicken parm – that’s one of my favorites. Or maybe something to go with cheesy potatoes.”

Cowser, A.M.ASCE, graduates from Penn State University on Saturday, May 9, with a degree in civil engineering. She’ll be watching the ceremony online, listening for her name from her parents’ house in Pittsburgh.

It’s not exactly how they drew it up (though the Cowser family celebration dinner menu options do sound enticing), but civil engineering students like Cowser all over the world are adjusting this month as the COVID-19 pandemic has moved graduation ceremonies from the traditional to the virtual. 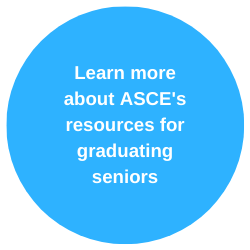 “I was excited to share that time with my family and friends, and now we have to just roll with the punches and do it virtually,” Cowser said.

“A little less personal, but it is what it is, right?”

The power of Zoom

Schools and students are finding creative ways to celebrate.

Kacy Grundhauser, A.M.ASCE, graduated from the University of Alaska, Anchorage, last Saturday, May 2, with her bachelor’s degree in civil engineering. She watched the ceremony on her laptop with her dog, Twinky, nearby providing moral support.

“It was definitely different,” Grundhauser said. “It was interesting seeing your dean in her living room talking to you.”

In Glassboro, New Jersey, Will Reichard, A.M.ASCE, has been finishing his final semester at Rowan University in his off-campus apartment. Social distancing restrictions remain in effect, but that doesn’t mean he can’t celebrate this weekend when he joins the ranks of college graduate.

“It’s kind of taken the wind out of our sails a little bit, but I still on plan on watching the virtual ceremony,” Reichard said. “A lot of my friends who are graduating this year, we might get together on Zoom and party a little bit that night.”

Many schools are planning more formal, in-person ceremonies later in the year.

In the interim, what does an online graduation ceremony look like? It varies, but most include remarks from university leadership, degree conferral and a searchable database of graduates. The University of the Pacific is encouraging people to leave messages of support and congratulations in an online message board set up for the graduating seniors, as well as through social media using specific hashtags.

The Cal Poly Pomona civil engineering department has planned to honor its class of 2020 with a two-hour “Senior Celebration,” May 21 over Zoom.

“If we have been able to meet virtually to continue their education, we can also meet virtually to celebrate their accomplishments and give them a well-deserved farewell before they start the next stage of their life,” said Mónica Palomo, Ph.D., P.E., BCEE, M.ASCE, professor in the civil engineering department at Cal Poly Pomona. “We are one big family.” 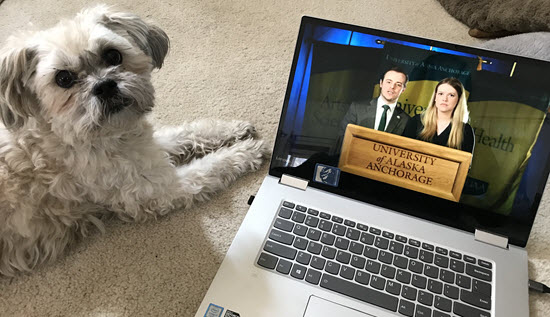 What the creative online commencement ceremonies can’t replicate or recreate is the senior year springtime lost for these graduates.

Most students in the United States left school for spring break and never returned to the classroom, instead wrapping up their college careers through online learning models.

“It’s hard that I didn’t get closure with my friends and professors who have shaped the past four years of my life,” Cowser said.

“It’s really sad that we don’t get that final time together,” Cowser said. “Saying goodbye to people, having those moments of closure.”

Grundhauser, president of the ASCE student chapter at Alaska-Anchorage, closed the group’s school year with a meeting this week – where else? – on Zoom.

“Some people are leaving the state, so it would have been nice to see them before they go,” she said.

Rowan University was set to host the ASCE Metropolitan Student Conference in April. Reichard served as co-chair, planning the event for 14 months. Obviously, he understood the decision to cancel all the in-person events and competitions, but that didn’t make it any less disappointing.

“It was still a good experience, getting all that planning experience, but we didn’t get the payoff that we wanted. I feel bad for the rest of the planning committee,” Reichard said. “And the College of Engineering, every year they have their own private dinner for the graduating seniors. It’s a celebration. I was really looking forward to that. It’s kind of like the thing at Rowan. If you’re a graduating engineer you get to do that, that’s the thing you look forward to. And that got canceled.”

Closure is the word the students kept returning to. And it wasn’t about the graduation ceremony at all for Reichard.

“Honestly, I was prepared to be annoyed about how long it was going to be – before it all got canceled,” Reichard said, laughing. “But it is a shame. I feel like senior year just didn’t wrap up the way it should have. We don’t really get any of the closure I feel like we need to move on.” 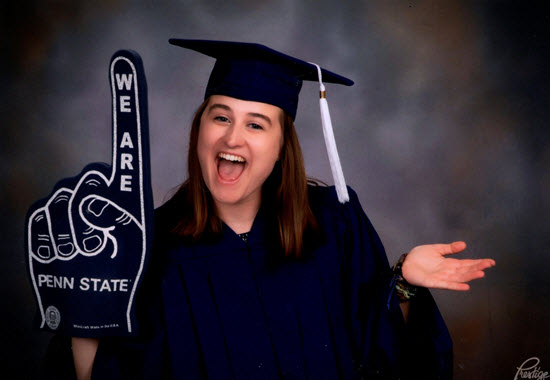 Abby Cowser got graduation photos this year, if not an in-person commencement ceremony. PHOTO: Abby Cowser

At the United States Military Academy in West Point, New York, graduation week has been moved back from the typical Memorial Day date as leadership finalizes a new plan. So, unlike many schools, they are not committed to a virtual ceremony. But the mere fact that there needs to be a new plan at all marks this class of 2020 cadets as utterly unique.

“We will extensively plan what’s for lunch next Tuesday. We plan – that’s what we do for a living.

A further wrinkle is the fact that the week of graduation events at West Point fulfill not one but two key purposes – the conferring of academic degrees and the commissioning of each cadet as officers in the U.S. Army.

And of course, there is the famous final command, “Class dismissed,” and tossing of the hats.

“Does that happen this year? Little things like that make you stop and think, ‘Wow, what if you didn’t get a chance to throw your hat up in the air? Would it feel any less important?’” Barry said.

“And I can’t answer that. I do talk to my firsties, which are our seniors, I do speak to them on a regular basis, and I’ve asked that question. The general response is, ‘We just want to graduate. Whatever it looks like, give us something to say this is our gradation. And we’re going to move on, we’re going to be happy.’

“They are just anxious to wrap this phase up and go lead the nation’s young men and women. They want to go do the job they’ve been trained to do. That’s what they’re looking forward to. And I think that’s commendable.” 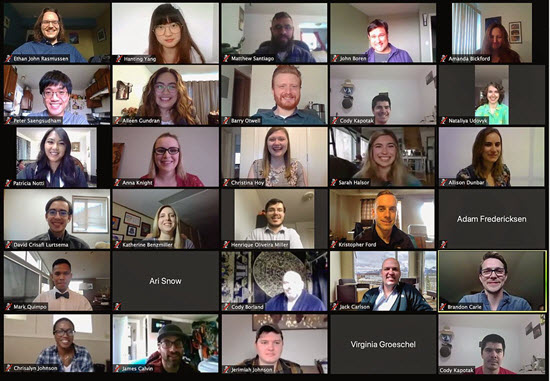 Ready for the next step

Ultimately, graduation is commemorative. COVID-19 changes nothing about the work these seniors have done and their lists of college accomplishments.

“Graduation wasn’t a super-big thing to me, just because it’s kind of that steppingstone toward the final goal,” Grundhauser said. “I’ve been looking at this semester, when everything hit, as ‘I just hope I get a piece of paper at the end.’”

And she did. Or at least she got an email from the university. Grundhauser is officially a college graduate. In fact, she starts her professional career May 11, transitioning from a previous internship at HDR in Anchorage to a full-time EIT role.

Well before the coronavirus pandemic, Reichard made the decision to attend graduate school. He’ll be attending Georgia Tech in the fall, starting work on his doctorate in civil engineering, with a focus on transportation.

“I’m lucky because I’m going to grad school, so eventually, I will have another graduation ceremony, so this isn’t the end of the line for me,” Reichard said.

Cowser accepted a job with HITT Contracting in Falls Church, Virginia. She pushed her start date back to July and may have to begin her career working remotely, but she’s just excited for the next phase of her life.

“That’s what it’s all about. That’s what we went to school for – to make the world a better place,” Cowser said.

“I feel like I earned the diploma, and now I get to actually go out in the world and make that a reality.”