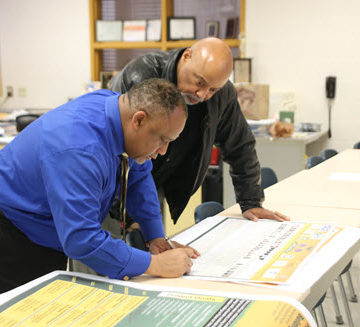 The ASCE Civil Engineering Club at Marietta High School and the Marietta City Schools Pre-Engineering Pipeline program have been exciting students about the career possibilities, and their achievements are attracting attention from around the world.

“It has the same kind of swag, if you will, as a winning football team,” said Leon Grant III, a Marietta High teacher who began the school’s pre-engineering pipeline. “We’re winners, and we’re being recognized for it.

“Just giving the students that experience and that confidence helps promote this idea for them to think, ‘I want to do science, I want to do math, I want to do engineering for a career.’” 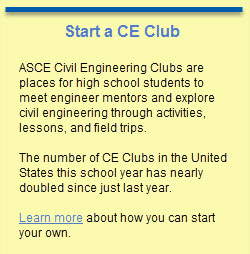 One major effort in its third year at Marietta is a sustainable-housing project using shipping containers for the people of Haiti as they continue to rebuild following the 7.0-magnitude 2010 earthquake. After more than two years of work, the club has signed on Google to contribute funds and materials. Pitts said they intend to have the first containers ready to send next year.

Success at Marietta has been a collaboration of the school district, ASCE, industry, and academia.

“I always had a heart that industry has to get involved with the development of young minds to continue to keep engineering flourishing,” said Marcellus Pitts, M.ASCE, CEO of Pitts Fowler Enterprises and mentor to the CE Club at Marietta High.

“It’s one thing for us to sit back and look at statistics and say, ‘OK, wow, we don’t have as many students that are participating in engineering programs now.’ We have all this work that’s coming down the pike, and right now we know we don’t have the workforce. Well, we have to get involved.”

Between the Haiti project and the school’s new Engineering Architecture Research Lab for Sustainability, the Marietta students have been plenty busy. 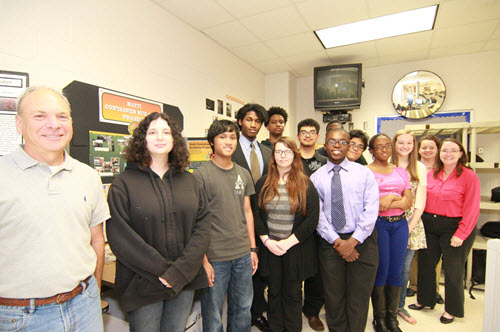 Some are working on turning two-liter bottles into furniture, others are working on a rainwater catchment system, another two are building a bicycle-transport system.

“The program provides students an opportunity to try out a whole bunch of things and find out what they’re passionate about,” said Zoe Crisp, a freshman at Georgia’s Kennesaw State University who spent two years in the program and is returning as a mentor. “It’s good to see people who at first go to one meeting or two but then eventually get really into it. They find that little niche that they’re really good at.”

Crisp’s niche turned out to be a metal recycling project she designed and built. Her mini-foundry earned her several ribbons and awards from state and even international competitions.

“Before [I got into the program] I never had a thing to do,” Crisp said. “Some people do sports, some people do art. I found engineering to be my thing.”

Pitts laughs while recalling epic conversations he has with Grant as they continue to develop the program – “Our wives tell us that we’re like little mad scientists. Me and Leon get on the phone, and we can talk. It’ll be late, one o’clock in the morning, and we’re still talking about the next level of how we can do this.

“That’s what engineering is about. If you’re not looking for a way to empower lives and people and make things better, you’re not an engineer. I don’t care what anybody says. You’ve got to have a heart for people, because that’s what we do.

“And the kids have bought into that.”