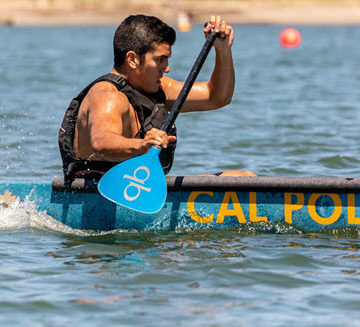 Vincent Van Gogh would be proud.

The Cal Poly, San Luis Obispo concrete canoe team’s performance at nationals – with its canoe named Van Gogh – was nothing short of a work of art.

The team took first in the oral presentation and in final product. Their Race Day showing then put the finishing touches on the masterpiece, as Cal Poly SLO paddlers swept all five races.

“It feels really good,” said co-captain Cal Poly SLO co-captain Brandon Friedman. “The team has worked really hard. To put it all together and see it all come to life, it’s an amazing feeling.”

It was the team’s second consecutive national championship. The back-to-back feat marks the Mustangs as the first repeat NCCC winners since the 2010-2012 three-peat by … you guessed it – Cal Poly SLO.

“I think the canoe, first and foremost, is really beautiful. We really set out to make an aesthetically inspiring canoe,” Friedman said. “And the team was great. We really worked well together, and I think we have something special.” 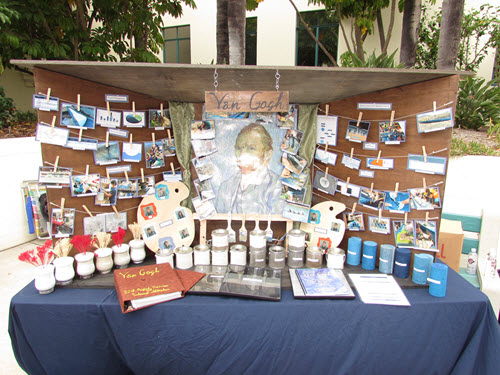 Co-captain Hailey Bond agreed: “It was interesting throughout the year, learning what everyone’s skills were and what made everyone tick. We were really by the end of it able to utilize everyone’s skills in the best way possible, and that’s why we were able to do this.”

The University of Florida finished second for the second straight year – placing top five in all four categories.

Youngstown State – the third straight representative from the Ohio Valley Student Conference to place top five at nationals – won the 2018 Innovation Award for its use of self-consolidating rapid-strength concrete with calcium sulfoaluminate cement.

Spirit of the Competition

“Spirit of the Competition” was a point of emphasis by ASCE at this year’s nationals, and it showed throughout the weekend. The first-year wild-card teams brought a sense of excitement to the event, and several schools lent a helping hand to one another on Race Day.

Not surprisingly then that the Spirit of the Competition Award was split among different recipients.

Colorado School of Mines ASCE Student Chapter President Shelby Palisoul, who rode with the teams from Laval and Polytechnique Montreal when their trailer broke near Denver, earned the individual honor.

The University of North Carolina Charlotte, meanwhile, received the team award. Charlotte dealt with the surprise stress of a missing canoe for most of the weekend, after their canoe’s arrival was delayed by five days because of a UPS delivery error. They kept a positive attitude and were relentless on the phones, until it finally arrived at 5:30 a.m. on race day.

“It went from semi-bad news to worse news to not getting better. We didn’t have a lot of hope there at end,” said UNC Charlotte team member Natalie Lyne.
“Then it was just a huge unexpected relief. A very good way to end the weekend.”

What do you do for an encore to the encore?

Next year’s team will have a chance to break the tie when the nationals are hosted by the Florida Institute of Technology.

No pressure, though. Yet.

“Cal Poly could be a three-peat,” Friedman said. “That would be awesome. That’d be dream. We’ll see how it goes.”