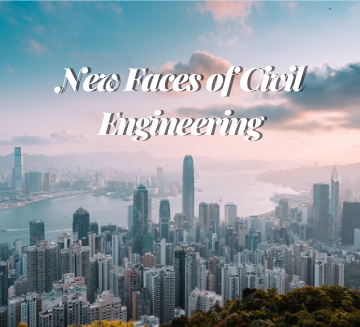 Thalia Valkanos can’t be accused of playing things too safe.

Or to use a football metaphor, given her (self-proclaimed) status as ASCE’s resident NFL expert, Valkanos doesn’t send in the kicking team when it’s fourth-and-goal in her career. She’s playing for touchdowns.

Consider that during the last decade, she has switched majors, changed career paths, uprooted her life for a new city where she knew no one and moved home again.

Yet all of it has followed a certain kind of logic, if not a specific plan. And all of it has made her a better, more well-rounded civil engineer.

“I think I’m pretty intense, so when I want to do something I just commit and do it,” Valkanos said. “I should certainly say all the decisions I’ve made in my career so far, especially the big ones, the dramatic ones, have been really difficult. I’m really grateful that they have happened, but I don’t want to sugarcoat anything and say it was so easy or that I thought it was the right decision the whole time. I would be lying if I said that.

“But if I see something I want to do, I just go for it. And I realize it’s probably going to be really difficult. I do it anyway. And, yeah, it’s usually pretty difficult, but the payoff has been pretty good so far.”

Valkanos brings that ambitious attitude and wide range of experiences to her work for the environmental and infrastructure solutions team at Wood in Chelmsford, Massachusetts. ASCE has honored her as a 2020 New Face of Civil Engineering. 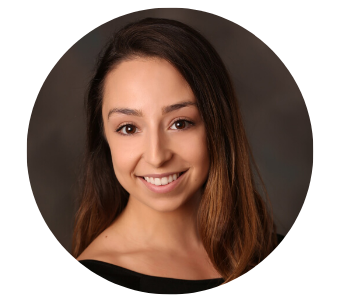 The more involved she got with policy work with her clients, the more interested she became in the ways civil and environmental engineering intersect with politics. When she attended her first ASCE Legislative Fly-In, spring of 2017, that interest became a passion.

“That was my introduction to understanding that engineers can talk to their representatives and actually change the way that matters are handled. And I thought that was really incredible,” Valkanos said.

“And I remember thinking, ‘Why aren’t there experts on the Hill? Why do we need to do this in our free time?’ It seemed so strange to me that representatives are partially relying on people who don’t even work for them. I thought they need to have some experts in their office. I was like, ‘All right, let’s just go to D.C. and get a better sense of how this happens and see if I can be an expert for a senator or a representative and help keep infrastructure in the conversation.’”

Which is a reasonable thing to think. Many civil engineers have probably considered similar ideas.

Where Valkanos is different, however, is that she actually did it. She actually moved to Washington, D.C. Signed a 12-month lease. No job in hand. No safety net.

“I left everything,” Valkanos said. “I knew literally no one in D.C. The person I was closest to when I moved to D.C. was the Senate staffer who I’d met once at the Fly-In. That was my closest connection, which was frightening.

“I’ve heard theories where if somebody truly tells themselves that their goal is what’s going to have to happen because there’s no room for error, there’s no room to not reach this goal, then usually it happens.

“And it did work out very, very well.”

Valkanos parlayed that one Fly-In connection into an unpaid fellowship in the office of Senator Maggie Hassan (D-NH). She was able to turn the fellowship into a full-time job on the senator’s legislative team after only six weeks.

She was in the middle of the constant communication cycle between the senator and constituents and colleagues. She read thousands of pages of legislation, whittling them down to single-page summaries. She worked long hours, made little money and relished the entire experience.

“D.C. was great. The work was interesting. I learned a lot about all different kinds of policy, commerce and environmental issues,” Valkanos said.

After a year-and-a-half, Valkanos was ready to return home (her sister had two new babies) and to the environmental engineering work she loved.

Maybe Valkanos hasn’t shied away from the big career decisions because much of her motivation derives from a healthy bit of defiance.

As an undergraduate, she entered the University of New Hampshire as a business major.

She demonstrated such talent and interest in a freshman-level sustainability course, the professor asked her, “Why are you a business major? Why aren’t you doing environmental engineering?”

It was a fortuitous conversation, and she switched majors about a week later. Still, as she started taking the requisite engineering courses, she remembers pushback.

“First day of honors calculus. I went to class a little early,” Valkanos said. “I remember a student very loudly asked me if I knew what room I was in and if I knew what class I was about to take. I guess he thought I wasn’t supposed to be there, just based on my appearance?

“I was so taken aback by that. It made me really determined to be like, ‘Yes, I’m meant to be in this class. Yes, I’m going to be just fine.’

“That was a moment where I thought, ‘OK, I’m committed to this. I’m doing this. People already think I can’t do it.’ That made me super-determined.”

Today, Valkanos’ civil and environmental engineering adventure continues in New Hampshire, with nothing but gratitude for her time in D.C., and she always encourages other engineers to take risks with their career choices.

“For anybody who is maybe interested in taking a break from their current position and going into a different field for a bit with the intent of going back into engineering, I can say that I picked up my engineering job right where I left off,” Valkanos said. “That wasn’t difficult.

“So, by not losing any technical skills, but improving all of these soft skills… I came back as a better engineer. It was a good investment.

“I’m happy to be getting back into this kind of technical work. I just spent a year and a half talking and writing. Now it’ll be good to continue doing those things with clients.” 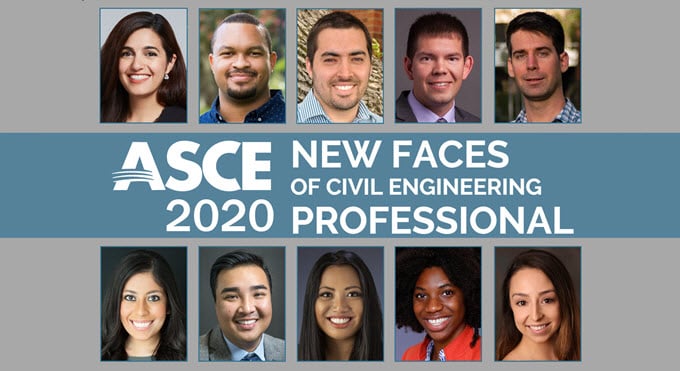 READ MORE ABOUT THE 2020 ASCE NEW FACES OF CIVIL ENGINEERING