Board Hits Refresh on Code of Ethics, Strengthens Member Engagement 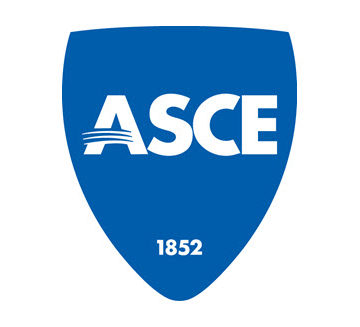 For the first time in nearly 50 years, ASCE is pursuing a wholesale review of its Code of Ethics.

The time is right, ASCE President Robin A. Kemper said, to ensure that the code reflects the cultural shifts in society and technological changes in the industry.

“Through time, the Code of Ethics has been reworked, things have been added, maybe things have been taken out, but we’ve not looked at it as a whole since 1974,” Kemper said. “And a lot has changed in the world since the 1970s.”

The Task Committee on the Code of Ethics presented a plan for a more streamlined code to the ASCE Board of Direction at the quarterly Board meeting, July 12-13, in Reston, Virginia. The Board voted to support the task committee’s concept and general direction and is scheduled to receive the task committee’s final report at its October meeting.

The existing ASCE Code of Ethics is built on a canon model, including the oft-quoted first canon, “Engineers shall hold paramount the safety, health and welfare of the public…”

The task committee’s approach emphasizes usability and enforceability, dispensing with the canons and instead creates a hierarchy of stakeholders within an engineer’s ethical responsibilities.

“I was very excited when I saw the approach they were taking,” Kemper said. “I think they are trying to capture what is needed for the 21st century, both in content and format.” 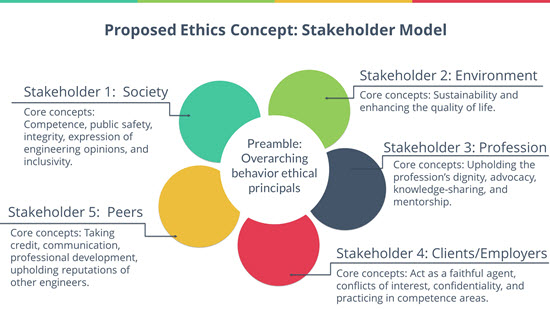 The Code of Ethics was but one of many items on the Board’s packed agenda. Other highlights include:

The Board voted to approve the Society budget for fiscal year 2020, with a charge to ASCE executive staff to bring a three-year budget plan to the October meeting for review, focusing both on increased membership and more efficient operations.

The budget included recommendations from the Task Committee on Revenue Generation that the Board approved earlier in the meeting. They are both short-term (increased investment in digitized ASCE publications, for example) and long-term plans (Future World Vision).

The Board’s continued focus on member value and the pursuit of the Society’s goal that an ever-growing number of people in the civil engineering realm are members of, and engage in, ASCE guided the budget talks and meeting agenda overall.

The Board reviewed the ASCE Public Agency Peer Review program and voted to appoint a task force to do a deep dive on the potential creation of a Government Engineers Council. Akin to how the Industry Leaders Council has enhanced connections between ASCE and leaders in the profession, the Government Engineers Council could further develop membership bonds between the Society and civil engineers in the public sector.

>>> With an eye on continued student engagement, the Board approved the Task Committee on Student Conferences and Competitions’ vision and goals for Society-level student competitions, while creating a constituent committee to work on these competitions.

The plan for 2020 is to stage those competitions again (the Sustainable Solutions Challenge’s theme will be revised), along with concrete canoe and a new surveying competition that will conclude with a championship at a Utilities Engineering and Surveying Institute conference.

“Younger Members want to be more engaged and more involved, and anything we can do to help is good,” Kemper said. “More work definitely needs to be done.”