It Pays to Broaden Your Expertise Beyond Engineering 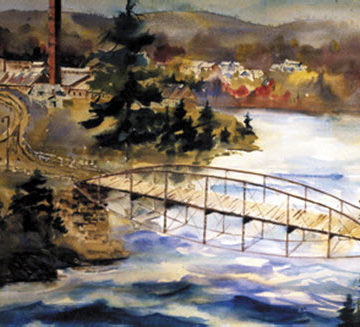 Richard Weingardt was CEO and chairman of Richard Weingardt Consultants, Inc., a Denver-based structural engineering firm. He spoke and wrote eloquently and prolifically on leadership and the critical role engineers play in society, including such works as Circles in the Sky: The Life and Times of George Ferris and Engineering Legends: Great American Civil Engineers. Rich, who passed away on September 24, 2013, will be remembered by ASCE and all who knew him as one of the leading voices of the civil engineering profession.

This article was Rich’s last column, originally published by Structural Engineer magazine in November 2013 (“The View from Here”). It is re-posted here with permission from the publisher.
—Jim O’Brien, moderator, “The Leadership Imperative”

It has long been my contention that to be the best we can be as structural engineers and societal pace setters, we must broaden our perspective and range of influence. Accomplishing that requires six things. (These are, of course, in addition to keeping current and abreast of the latest happenings in the profession.)

Of these six broadening items, the most effective is becoming an expert at something significant outside of engineering – something that puts us in contact with a broad range of people and ideas. The other five, not discussed here, are: 1) Take non-engineering courses/classes, 2) Maximize your communications skills, 3) Be active in community affairs, 4) Learn the importance of politics, and 5) Find mentors and role-models to emulate.

Most people never get to work with engineers regularly or rarely come in contact with them. But engineers can change that by reaching out into the community and becoming an expert at something meaningful beyond our field. This allows them to show the importance of engineering thought and its ability to produce pragmatic solutions to a wide array of issues.

To date, the number of things structurals have become first-rate experts at has been far-ranging and impressive. Several in our profession are world-class mountain climbers, skiers and scuba divers, sailboat builders and racers, glider aircraft designers, even top-notch fly-fishermen. Others have become popular writers of best-selling non-engineering books and publications. For example, David Steinman, the iconic bridge engineer, wrote poetry with success among the general public. Werner von Braun, the legendary rocket engineer responsible for putting humans on the moon, was a concert-level pianist. The iconic T.Y. Lin, “Mr. Prestressed Concrete,” was an outstanding ballroom dancer.

As well as becoming the best of the best in non-engineering activities, other structurals have become movers and shakers in key community venues. David Hargrove, vice president of RWC, for instance, is a high-level official in Babe Ruth Little League Baseball. Starting 30 years ago as a coach and manager of local teams, he assumed increasingly more roles – demanding ones – until reaching his current prestigious assignment as national commissioner.

What you accomplish both as an engineer and as an expert beyond engineering is often remembered long after you are gone. Homer Balcom, the structural engineer for the record-setting Empire State Building, instigated and refined a public school system in New York. He served as president of the school system for decades, even while designing some of New York’s largest skyscrapers. Several far-reaching efforts were accomplished by Henry Robert, the noted military and consulting engineer. To name one, he was the mastermind behind Robert’s Rules of Order, a widely used manual of parliamentary procedure and assembly for decades. Now in its 11th edition, this reference book remains the most common parliamentary authority in the civilized world.

Having useful hobbies, of course, may lead to second careers after retirement. But unless engineers are deeply involved in pursuits affecting the health and well-being of their communities, they’re only scratching the surface of the possibilities available to them. Representative of those who have turned their passion for their hobbies into profitable activities is Roy Peratovich, co-founder of one of the largest structural engineering companies in Alaska that does projects internationally. Roy turned his lifelong love for art and sculpture into a successful business. Today, his creations grace the lobbies of numerous corporate offices around the world. The same is true of watercolor artist Tom Ryan, co-founder of Ryan-Biggs, Troy, N.Y., whose prized paintings are found in prominent locations around the country. Through his community arts involvement, the old historic Bow Bridge was saved from demolition. His public paintings of the unique bridge were instrumental in achieving that (see picture).

It doesn’t matter what you do outside of engineering; it’s important that you do something meaningful. Break out of the mold of only solving engineering problems with engineering-related thinking. Instead, follow your passion and meet, mingle and work with as many different types of thinkers as possible. It will broaden your outlook.