Beans, beans the more you eat… the more important your local farmer’s cooperative 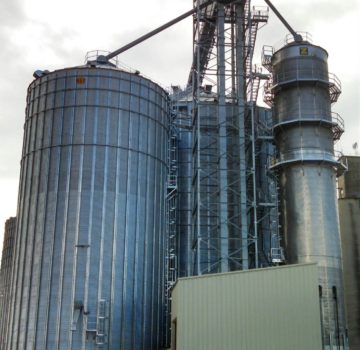 Chicago’s city elders once resisted the establishment of train routes to service regional farmers. They feared that the local economy would collapse if the farmers didn’t travel to the city to sell their goods and pay for lodging, food, drink, and entertainment. The first locomotive arrived in Chicago in 1848. History has shown the folly of that isolationist belief – the trade and processing of agricultural goods instead fueled explosive economic growth. Shipping grain by train also allowed farmers to concentrate on growing instead of selling.

Remotely selling goods required transactional infrastructure as well. The principal of direct payment for a bushel of corn remained, but the baker would be many steps down the chain of transactions. It didn’t take long for traders to realize the value of locking in prices for goods to be delivered at a future date. The Chicago Board of Trade (CBOT) was established in 1848 and began listing futures contracts in 1864.

Farmers now had the options to 1) harvest and immediately sell their goods at the daily market value, 2) store their goods to sell at a later date at market value, or 3) enter into a future contract to sell goods harvested at a later date for pre-determined price. Although farmers in principle now had more options for selling their goods, they would need intermediaries to negotiate the contracts and participate in the exchange. Unable to support the overhead individually, some farmers banded together forming co-operatives to store and transport grains and participate in the market.

During a visit to my childhood home in rural Michigan, I attended the centennial celebration for the Farmers Co-Operative Grain Company of Kinde. My father is a minority shareholder in the co-op. I was surprised to learn that the Kinde Co-op is the oldest member-owned cooperative elevator in the state. The co-op elevator stores corn, wheat, and soybeans. Farmers can bring their grains to the elevator and receive the daily market price, pay to have the grain stored, or enter into a futures contract at the prices traded on the Chicago Board of Trade. Additionally, the co-op offers crop protection products (insurance), custom fertilizer, seed, lumber, fuel, oil, hardware, etc.

The co-op’s mission also addresses protecting the environment and keeping agriculture sustainable. Their 4-R Nutrient Stewardship program emphasizes: Right Sources, Right Rate, Right Time and Right Place. Modern agriculture is literally a science; agronomy is the study of methods used by farmers to raise crops and care for the soil.

Technology furthers farmers’ goals of meeting the four R’s. Soil samples can be tagged with GPS to produce a detailed mapping of soil composition within areas of a field. Likewise, GPS linked planters can adjust the type and rate of seed planted to suit the soil profile. Fertilizers can also be dialed up or down as needed. Finally, yield monitors attached to combines can provide real-time assessment of the crop’s performance. Procedures like these (and genetically modified plants) have helped to improve corn yield from around 50 bushels per acre during in my grandfather’s day to 200 bushels per acre today. The co-op expects 300 bushels to become the new norm in just a few years.

100 years of tractor technology. My father posing next to the new red CASE tractor. He says the plow it’s pulling is worth more than my house.

That all sounds amazing, but having spent all of my adult life in solidly liberal locals, I can’t help but wonder about the unintended consequences of genetically modified organisms (GMO) and fertilization rates. Needless to say, these debates were not happening as we all chowed down on some questionably large steaks at the co-op picnic. However, farmers do admit that today’s corn is a ‘different animal.’ I was much impressed, though, by a true interest in the health of the land.

Precision planting is offering farmers an opportunity to reduce fertilizer by reducing rates on highly productive swaths. More and more farmers are also utilizing versions of no-till planting without excessively disturbing the soil. Instead of invasive plowing, last year’s shaft is largely left in the field to increase organic mater retention and reduce wind erosion. Cover crops can also be used to similar effect. My Dad is using a type of turnip cover crop with a particularly deep root that penetrates deep in the soil bringing nitrogen into the foliage. These techniques help my Dad save time and money, and I sleep better knowing that some farmers really do see themselves as stewards of the environment.

Among all the services that the co-op provides, perhaps none is more important than sponsoring local royalty. Since Kinde is unofficially the “bean capital of the world,” the highest honor a young local lady can achieve is to be named Bean Queen. This year’s recipient, Ms. Kent, was crowned July 28th at the Huron Community Fair. She was gracious to allow me to pose for a picture. She’ll be enjoying a nice cash prize while the peanut gallery snickers.