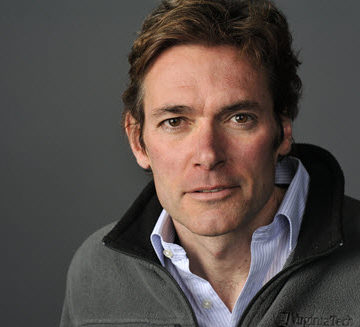 The lesson came early in his career. Just six months into his first job, in fact.

“I was involved in a case that involved the public, and we all knew what the right thing was to do, every last one of us,” says Marc Edwards, M.ASCE, still angered by the memory more than 25 years later. “But a lawyer of our client told us not to do it. And I remember that moment thinking: Why are civil engineers subservient to this person who has no training in public health and is not sworn to uphold the first canon of civil engineering? Why do we allow this person to impose their standards on us?

“That’s haunted me to this day.”

Edwards has turned those ghosts into a remarkable career of service. He is an environmental engineering professor at Virginia Tech University, who famously fought a decade ago to eliminate lead from the water of Washington, DC, and now is contending with a similar if not more dire situation in Flint, MI.

After months of work with the Flint Water Study startup organization – with research often paid for out of his own pockets – Edwards has been appointed by the Michigan governor to the Flint Water Interagency Coordinating Committee.

“I feel it’s my obligation to advocate for people who can’t speak for themselves, and that was the case in Flint,” Edwards said. “This tragedy was being perpetrated on the most vulnerable among us by the very people paid to protect them. I can’t live in a world where that’s allowed to happen.”

If Edwards sounds more like a superhero than a civil engineer, that’s probably because he doesn’t see the two as mutually exclusive.

“Civilization and society count on us,” Edwards said. “We represent the public – do not forget that. Your client might be in front of you at that moment paying the bills. They might even be a government agency. But in the end, we are the eyes and ears of the public. And if we don’t protect them no one will.”

Edwards initially intended to study medicine before being swayed by the principles espoused in Canon 1 of ASCE’s Code of Ethics, which holds paramount the health, safety, and welfare of the public.

“It really spoke to me,” Edwards said. “It sounded like a very altruistic profession. Civil engineers were once the giants of society, not all that long ago. They improved the lives of millions and millions of people, and I thought I could have a bigger impact in engineering than in medicine.

“I got into the field because I wanted to help people first and foremost.”

To follow Edwards’ work in pursuit of that goal, go online at FlintWaterStudy.org.

Amid events in Flint, a new continuing education course to be offered by ASCE this spring is especially timely. Drinking Water Treatment Technologies is among the first of the Society’s all-new 12-week guided online course programs. Instructor Lee Odell, P.E., water treatment global technology lead for CH2M Hill, will feature a case study on the current situation in Flint. The course opens April 4 and runs through June 24. Details are at ASCE’s Continuing Education website.