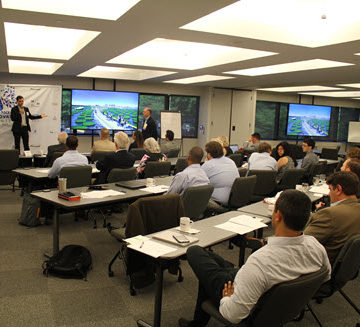 And here we thought the future of engineering was smart technology.

Perhaps there is merit in the art of being dumb. Technically speaking, at least.

The Emerald Tutu earned the Overall Grand Challenge Award, Thursday, during the 2019 ASCE Innovation Contest celebration event at ASCE Headquarters in Reston, Virginia. The Emerald Tutu’s lead developer, Gabriel Cira, himself refers to the project as dumb tech rather than smart.

“Our strategy was to use a single material and use it a little bit differently,” said Cira, whose Emerald Tutu provides a floating waterfront landscape infrastructure while mitigating the effects of climate change.

“We’re working with ecology rather than steel or concrete or carbon-intensive materials. One thing that was super-important for our project and helped navigate us through this process is the idea that our product is meant to be inexpensive.

“The intelligence in the system is built into the modeling. It’s remotely monitored and planned very carefully beforehand. So, we have a ‘dumb’ end product that has a lot of intelligence behind it.”

That’s the beauty of innovation. The genius lies in the ends not the means.

Markus Weidner, chief innovation officer at Pennoni and an Innovation Contest judge for the third straight year, noted what he called a more holistic mindset about this year’s contest honorees.

“A lot of themes of sustainability this year – the idea that Earth is an ecosystem with a lot of moving parts,” Weidner said. “We also see that innovation doesn’t have to be made of transformational technology. It can be ancient tech. You can talk about autonomous vehicles for hours. And that’s great. But we also have ecological issues on a global scale that we’re struggling to deal with. It’s interesting to me as a technologist that some of the most novel solutions are maybe the lowest tech.” 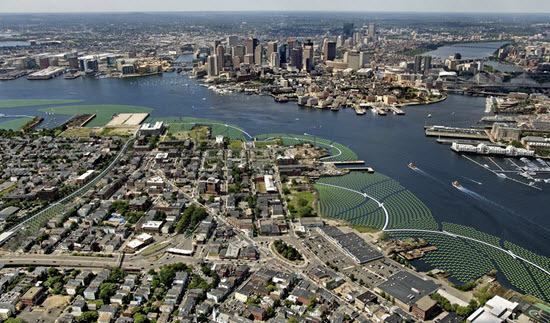 ASCE’s Industry Leaders Council developed the Innovation Contest in 2015 as part of the strategy to address the ASCE Grand Challenge, seeking out innovative ideas and giving them a platform for broader exposure.

This year’s contest honorees shared their innovations with industry leaders this week in Reston and competed for $2,000 cash prizes for the Overall Grand Challenge Award and the Best Entrepreneur Award.

Smart Walls are deployable walls hidden in the ground that extend telescopically only when needed to stop floodwaters.

“You have to have that personality of looking for new things,” said Cueto, speaking of the entrepreneur mindset.

“I always want to try to come up with something brand new. Of course, that comes with its challenges. But the good thing is we have gone through those, and this kind of event today is kind of validation.”

The methodology potentially extends the useful life of infrastructure at a low cost and can be installed in a matter of hours using common tools. In fact, it’s already being used by the North Carolina Department of Transportation as a test study on a bridge in the state.

McCoy, who since graduation has taken a faculty job at the United States Military Academy, said he never saw this as a hypothetical project but instead as a very real solution to a very real problem.

“When I first came to the project, the one thing that I saw immediately was that I cannot do two and a half years of doctoral research and at the end have something that the DOT can’t put their hands on,” McCoy said. “Implementation was the very first thing I thought of when I looked at this.”

Which really is the point of ASCE’s Innovation Contest.

“You hope the contest has the potential to find some new ideas,” said Mike McCullough, chief judge for the Innovation Contest. “Each of them this year addressed a certain aspect of our infrastructure challenges, from structural to environmental to storm surges to coastline erosion. So I think we’re getting submissions that potentially could one day help solve our infrastructure problems.”