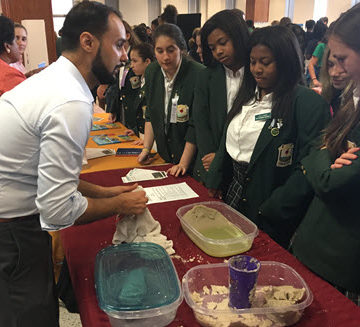 ASCE members have embraced Dream Big: Engineering Our World since the premiere night more than a year ago.

In short, Society members and Dream Big are inspiring an entire generation to get excited about the potential of engineering careers.

So as Dream Big enters a new phase of outreach, it should not surprise anyone that members are again seizing the initiative. The Society has a new goal for 2018: placing a DVD copy of the acclaimed documentary in every U.S. public school.

ASCE has taken a crowdsourcing approach, and already member groups have stepped up.

The New Orleans Branch, in collaboration with the University of New Orleans College of Engineering, recently screened the film for 1,300 local children.

The Louisiana Section Board is extending that reach, ordering 100 Dream Big DVDs to distribute through its four Branches.

“The goal is to show the importance of engineering work in society to our students in Louisiana, and also motivate young minds to consider careers in engineering,” said Louisiana Section President Malay Ghose Hajra, P.E., ENV SP, M.ASCE. 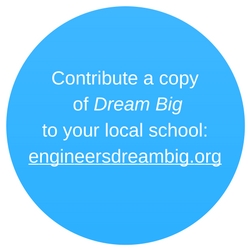 It’s a natural outgrowth from the long list of Houston Dream Big activities, including several events at the Houston Museum of Natural Science for girls, Scouts, and other student groups.

“We’ve really pushed hard on Dream Big since its inception,” said Branch President Gareth Young, P.E., M.ASCE. “My 9-year-old son, he doesn’t normally care about stuff like this, but he loves Dream Big. He’s talking about the Shanghai Tower and its wind-impact-dissipating design. I think the film really made an impact.

“It’s a good balance of technology and people. As engineers, sometimes we get caught up on the technical things, but engineering is all about people. It’s all about service – improving quality of life for people and realizing dreams and visions.” 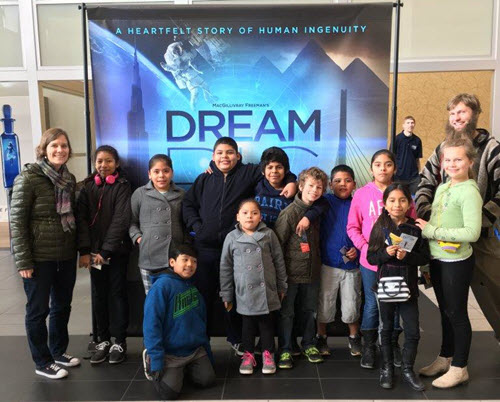 The ASCE Fresno Younger Member Forum has been fundraising for Dream Big for more than a year, drawing from members, local universities, and private sector engineering firms, to help put Dream Big in schools within the Fresno region.

“We’re trying to cover all of the middle and elementary schools in the area,” said Analisa Gonzales, EIT, A.M.ASCE, one of the group’s K-12 outreach chairs.

“We’re hoping to help a lot of the underprivileged schools in the area. There are a lot of migrant families here; a lot of kids who don’t usually see movies with kids who look like them. So we want to try to bring Dream Big to them. Were excited too that it’s going to be offered in multiple languages, so parents and children can watch the movie together.”

James Loy, P.E., M.ASCE, joins Gonzales as a K-12 outreach co-chair: “I think when we did the movie showings last year it really showed us how big the movie was, how powerful the movie was to kids. We got a really positive reception from kids who saw it. That was just motivation to us – verification to us that we need to distribute this movie to more students.”

“Anybody can become an engineer, as long as you have the passion and the drive,” Grijalva said. “And I really think getting the DVD into the schools gives them that message.”

The list of ASCE groups making similar pledges to get the Dream Big educational toolkits into schools is growing by the day.

The Oklahoma Section is purchasing $2,000 worth of toolkits (400 total) for schools in all 77 counties of the state, said Section President Rebecca Alvarez, P.E., M.ASCE.

In South Carolina, the Central Savannah River Valley Branch is partnering with the Section to cover every junior high in the state.

The Florida Section Ridge Branch is providing the film to the schools in its three counties.

The Wisconsin Section has purchased nearly 200 toolkits for the middle schools in its state.

The Michigan Section’s Southwest Branch is covering the schools in its counties.

Individual members and engineering companies, too, are stepping up to make significant contributions. Ray Streib, chairman of Development Facilitators, Inc., contributed DVDs to 45 schools in Anne Arundel County, MD, and Baltimore City. A significant number of members have contributed 10 or more DVDs.

Placing the film with a toolkit of educational resources in every school will expand Dream Big’s audience to include students in rural and economically disadvantaged communities, support the growing need for curricula aligned with the Next Generation Science Standards, and promote greater interaction between engineers and educators.

The toolkits will include the film itself – in multiple languages and licensed for educational screening – a teacher’s guide, and accompanying educational videos.

ASCE has secured generous support from the United Engineering Foundation to allow for distribution to 30 percent of the 95,000 public schools in the United States, including all high schools.

To contribute a copy of Dream Big to your local school, visit: https://www.engineersdreambig.org/

To make a general donation to the campaign: https://www.engineersdreambig.org/general-contribution/