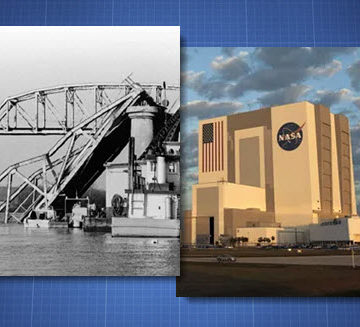 The two most recent additions to ASCE’s National Historic Civil Engineering Landmarks would seem to be polar opposites – one honoring a failure, the other an incredible success – yet the lessons each has taught the profession make them deserving landmarks.

In December 1967, a bridge collapse so stunned the nation that it transformed the whole means of how bridges are inspected. The Silver Bridge connecting Point Pleasant, West Virginia, and Kanauga, Ohio, was not yet 40 years old when a piece of fractured eyebar gave out, snapping like a shotgun blast to those who heard it, and sending the entire span cascading into the Ohio River in under a minute. Forty-six people died and 31 vehicles fell into the river along with the span.

The disaster galvanized action, from President Lyndon Johnson on down, to establish good, consistent inspection techniques. The resulting Federal-Aid Highway Act of 1968 established the first national bridge inspection program in U.S. history. All bridges constructed with federal funds, or which carried a federally funded road, were required to be inspected once every two years. The Department of Transportation was charged with establishing standards for bridge safety. This new program was directly inspired by the Silver Bridge collapse.

Though a tragedy, the bridge collapse epitomizes how civil engineers never stop learning and improving their craft, thus making the site deserving of ASCE landmark status.

• Tour the Silver Bridge site via satellite as it appears today in Google Earth. 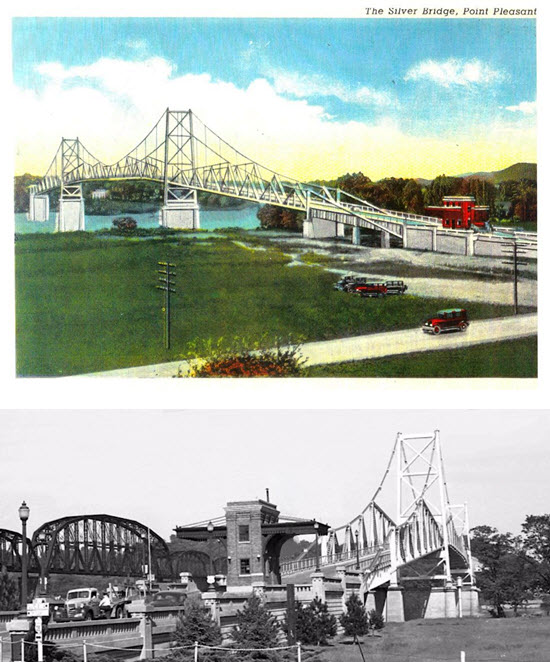 From the time of its opening in 1928 through its shocking demise less than 40 years later, the Silver Bridge was a vital artery between western West Virginia and southern Ohio. A bright coat of aluminum paint protected the bridge and inspired “Silver Bridge” as a nickname that ultimately became official. 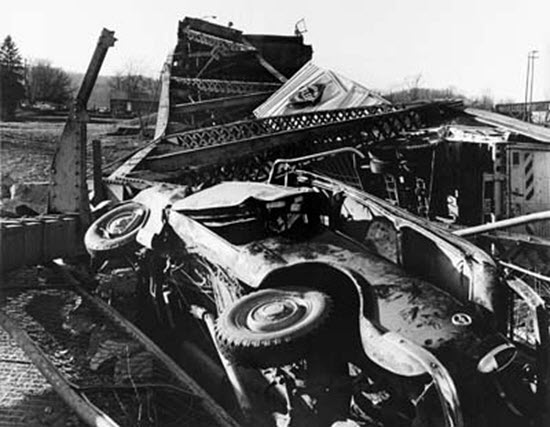 A total of 37 vehicles collapsed with the bridge during a heavy evening rush hour on Dec. 15, 1967. Altogether 46 people were killed and nine seriously injured. 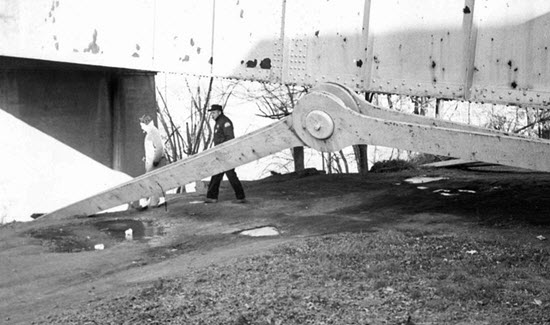 Two sections of the bridge’s failed eyebar and their holding pin, a design that lacked enough redundancy. Another design flaw inhibited any ability to inspect the pins, thus the point of failure was never visible. 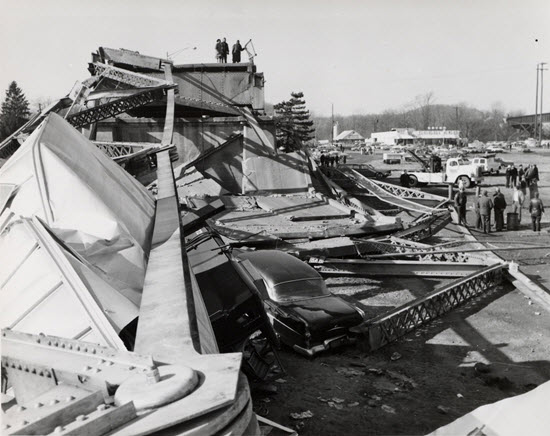 Adding to the stress on the eyebar that failed were increased vehicle weights and higher traffic, factors bridge designers had not anticipated.

The Silver Memorial Bridge, with a more traditional truss design, opened to traffic two years after the original bridge collapse. The span is a mile downriver from the original.

The staggeringly massive NASA Vehicle Assembly Building has embodied the nation’s space traveling aspirations since it opened at the Kennedy Space Center in Florida in 1966. For decades, it was the world’s largest building by volume. It remains the largest building in the United States outside of an urban area. The building is so voluminous, it can create its own weather. Some 10,000 tons of air conditioning equipment prevent formations of clouds and rain on humid days.

The VAB achieved something that had never been done before – designing and erecting a building of such scale – to allow humanity to achieve something else never done before – landing men on the moon. The building does what it touts, it assembles the enormous rocketry that enables spacecraft and other payloads to launch from the nearby pads and escape the pull of Earth’s gravity. And it stands ready to do so again for future trips to the Moon, Mars and beyond. The Orion spacecraft that will return humans to the Moon in 2024 will be assembled in the VAB.

• Tour the Vehicle Assembly Building site via satellite as it appears today in Google Earth. 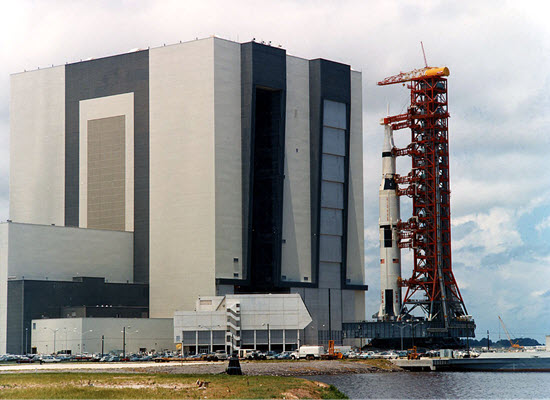 The VAB delivers on the mission for which it was built – of assembling and rolling out the rocket that would land humans on the Moon. Apollo 11 slowly rolls to Launch Pad 39A, having just emerged from the VAB in July 1969. Each of the building’s four bay doors opens 456 feet high. 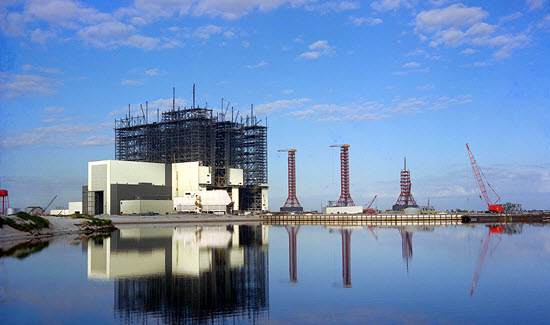 Construction began with driving the first of 4,225 steel pilings into bedrock in August 1963. The foundation consists of 30,000 cubic yards of concrete. 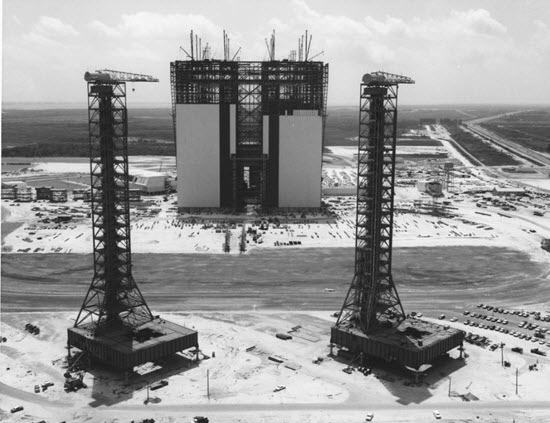 The structure covers 8 acres and is 525 feet tall and 518 feet wide. To assemble the rocket stages, 71 cranes and hoists, including two 250-ton bridge cranes, were installed. Every space shuttle launch began in the VAB. Mated to its external fuel tank and solid rocket boosters, the space shuttle Discovery rolls out of the VAB on the shuttle fleet’s final launch, July 2008.