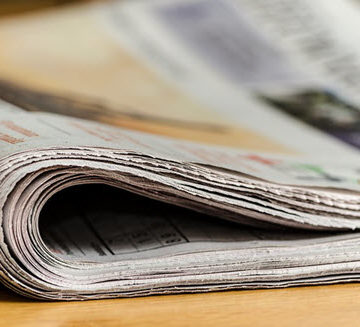 Among the industry’s premiere honors, Engineering News-Record’s annual Top 25 Newsmakers list has included many ASCE members over the years.

The award highlights engineers who “have gone above and beyond to serve the best interests of the construction industry and public.” ENR’s recently published list for 2016 includes six Society members whose work includes building the world’s first storm-mimicking test basin, work on ASCE 7-16’s chapter on tsunami provisions, and exposing the Flint, MI, water crisis.

Read more about how Barkasi’s innovative project solutions kept her team safe and saved her firm $40,000 in potential surveying spending.

Habib J. Dagher, Ph.D., M.ASCE, engineering professor and director of the University of Maine’s Advanced Structures and Composites Center, came to the United States at 17 to escape civil war in Lebanon and worked in research and development while earning four engineering degrees. Dagher developed the ASCC, the largest center for STEM-based research at a state university. The building recently added the world’s first offshore wind-wave test basin that mimics ocean storms.

Marc A. Edwards, Ph.D., M.ASCE, Charles P. Dunsford professor of civil and environmental engineering, Virginia Tech, brought national attention to the water crisis in Flint, MI, where his tests revealed dangerous levels of lead in the water supply and in children’s blood. Edwards testified before Congress and was appointed by Michigan’s governor to work with a committee to solve the problem.

Read more on how Edwards’ response to a cry for help may have saved thousands.

Cary Kopczynski, P.E., M.ASCE, senior principal and CEO, Cary Kopczynski & Co., is a trailblazer in the field of earthquake engineering. He pioneered the use of high-strength steel fiber as a rebar decongestant in shear-wall link beams in his native Spokane, WA.

Read more how his humble beginnings as a laborer and a willingness to take calculated risks helped him to redefine concrete construction in the earthquake-prone Pacific Northwest.

Ian N. Robertson, P.E., S.E., M.ASCE, professor, University of Hawaii, has been a guiding light in the education of withstanding the enormous, complex forces of tsunamis. His six-year campaign to implement these practices in his native Hawaii eventually led to the world’s first standards for tsunami-resistant design, work that also contributed to the forthcoming ASCE 7-16 reference standard.

Peter Sluszka, P.E., M.ASCE, vice president, Ammann & Whitney, was instrumental in bringing an anticorrosion cable dehumidification practice from Japan to the United States. The process was first used on the Maryland Transportation Authority and has since become more widely accepted by many clients on large-scale bridge projects.

Read more on how Sluszka’s persistence in searching for something better and in asking the right questions led to the adoption of this critical innovation.