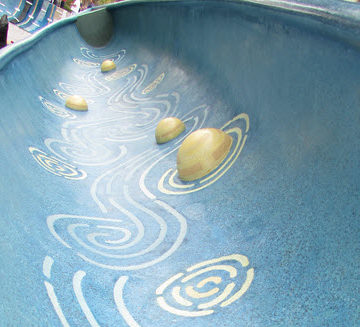 Cal Poly SLO is back at the National Concrete Canoe Competition looking for a three-peat. Pictured: Cal Poly’s championship 2018 canoe.

Get the vans packed and the trailers ready. It’s time for the National Concrete Canoe Competition, and schools from around the country, continent – and world – will be headed for Florida’s Atlantic coast next month to battle for the championship.

The Florida Institute of Technology hosts nationals, June 6-8, in Melbourne, FL, and ASCE rounded out the field of 24 competing schools this week with the announcement of this year’s wildcard teams.

“We have a smaller team this year, so we knew it was going to be a lot of work,” said Cal Poly SLO’s project manager Mason Breipohl, S.M.ASCE, noting the team’s roster of seven students, down from last year’s 10. “Everyone’s been up to the challenge.

“We’re excited with the way regionals went. We’re happy, but we still have our eyes on the prize.” 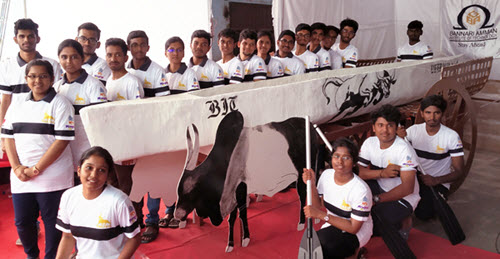 The Bannari Amman Institute of Technology team will be the first school from India to compete in the NCCC.,

University of Florida, runner-up each of the past two years, also qualified, winning the Southeast Student Conference.

Other familiar faces include Tongji University, hailing from Shanghai, China, and claiming back-to-back Top 5 national finishes; Virginias Conference champ Fairmont State, extending its record of consecutive national berths to 16 years; and the University of Wisconsin–Madison, which broke a tie with Clemson for the most all-time NCCC trips (23).

This year also marks the first time that a school from the India Student Conference will compete. Bannari Amman Institute of Technology, from southern India, qualified.

Universite Laval is back in the concrete canoe nationals after finishing third in 2018.

BYU co-captain Melissa Adams, S.M.ASCE, agreed: “Attending Nationals in 2018 as a wildcard allowed us to experience what it takes to reach the national level. We got a better idea of how much time is required to produce a quality product, obtained an understanding of how important it is to develop new methods for success, and it ultimately gave us an overall drive to perform at a national level and ensure BYU is able to attend in future years.”

The University of Minnesota–Duluth concrete canoe team earned one of five wildcard berths to the 2019 NCCC. They enter the competition with an impressively unified fashion sense.

Keep up with your favorite team on social media at #concretecanoe.